There are a variety of stories about the coming of electricity-probably because it came to different parts of Highland in different years. The power plants in American Fork Canyon were built long before any of the electricity was available for use by the local residents. 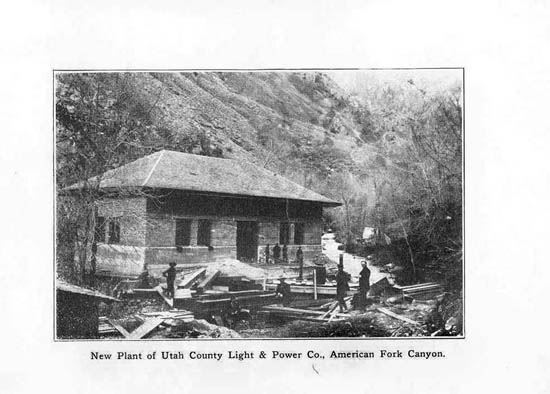 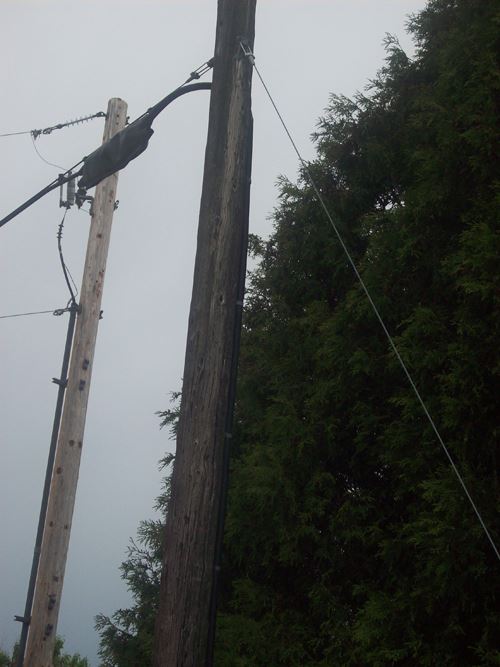 Before electricity most people lit their homes with kerosene (they called it coal oil) lanterns or candles. They provided enough light to read by if you were within a few feet but the rest of the room was pretty dim. The flame was quite dirty and the chimneys had to be cleaned frequently. In the 1880's or so, a new technology was devised and some communities were using a carbide system-expanding on the system used by underground miners. Individuals adapted it for personal use and Ludvig Larson had such a system for his home and outbuildings in the late 1920's. About half way between their home and barn they had an underground tank for water-about 20 feet deep and five feet in diameter. The tank was about half full of water. Above that was a container that could hold 200 pounds of carbide granules which were metered into the water, creating the carbide gas which was directed through deep underground pipes (to prevent freezing) to the home and outbuildings. This provided a much more brilliant white light and was wonderful to behold. It was a lot of work carrying water by the buckets to fill the tank and burying the pipes was laborious but they loved the result. The Larson's used their system for about 3 years. 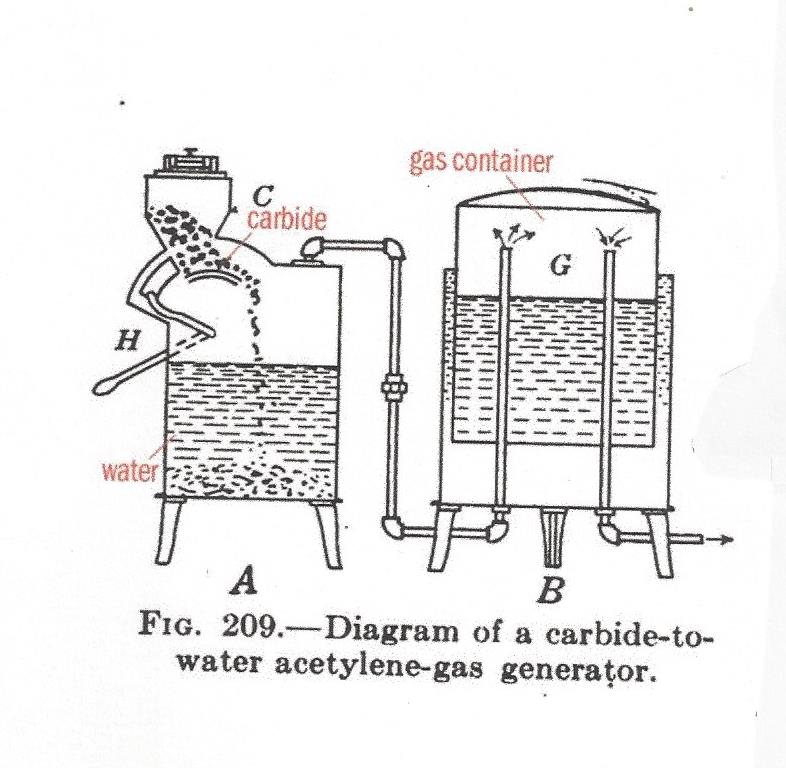 Carbide generator (above), Acetylene light (below) 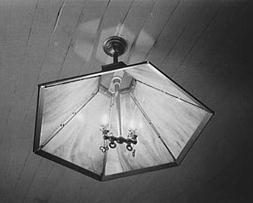 In about 1928, Mr. Larson began talking to Utah Power and Light about getting service to Highland but they refused at first because of the cost. In a year or two, with a bit more prodding, they finally agreed to provide electricity for the approximately forty homes if each family would pay $100 and purchase an electric stove. The $100 was to be paid back to each customer over a period of ten years. Mr. Larson made it his mission to contact everyone and try to convince them to participate. It seems he convinced all but two or three so the power was provided. Each homeowner had to provide the wiring for their house so many people were a few years getting that done. Consensus is that the power was available sometime in 1932 for most people. Lehi City got their first electricity from the AF Canyon power plant on December 12, 1900 so it took more than 30 years for the people between the plant and Lehi to get power.  There were many, maybe most, people who never used their electric stove-it was too hard to learn new systems. My grandparents bought an electric stove and never used it and when Grandma passed away in 1945, my mother received the stove but never used it either. The coal range was just too familiar and easy.