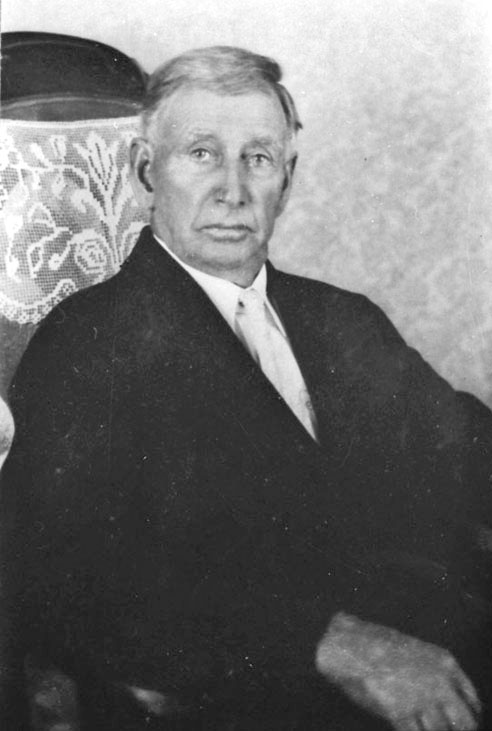 Robert was born August 31, 1857, on the Big Sandy campgrounds in Sublette County, Wyoming, while his parents were en route to Utah. He was raised in Alpine where he attended school and took an active part in civic and church work. He attended Brigham Young Academy in Provo for a short time. In 1889 he bought the 160 acre property of Lewis Davis, who was his cousin and had homesteaded it in 1883. His wife, Lovenia Jane Chipman, was born October 27, 1865, in American Fork. They were married February 5, 1890, in the Logan Temple. They first built a home in Alpine, then in 1894 they built on the farm in Highland (Number25 on the 1958 Highland map- 11340 N. 6400 W.).

They had eight children: Relva, Wayne Chipman, Irwin Richards, Ida, Wilford Edge, Manda, Irma and John Chipman. Wilford and John died as children and Wayne became the second Bishop of Highland. When the children were old enough to attend school, Robert built a home in American Fork and lived there, spending summers on the farm, until the children had finished school. As his sons grew up and moved away, he could no longer take care of the farm himself, so in 1928 he sold it and lived in American Fork until his death on July 27, 1939. Lovenia died November 18, 1951.

Robert was a man of unquestionable honesty-one who considered his word as good as his bond, was a considerate husband and a kind, indulgent father-although firm in teaching his children the principals he lived. A man of genial personality, he had a ready wit and made friends wherever he went. He served as a Counselor to Bishop Greenwood (third Highland Bishop) for about 2 ½ years beginning in Jan. 1926. 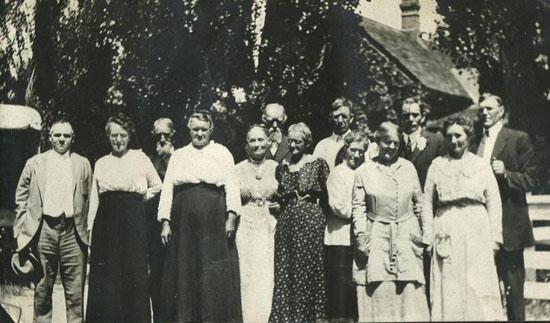 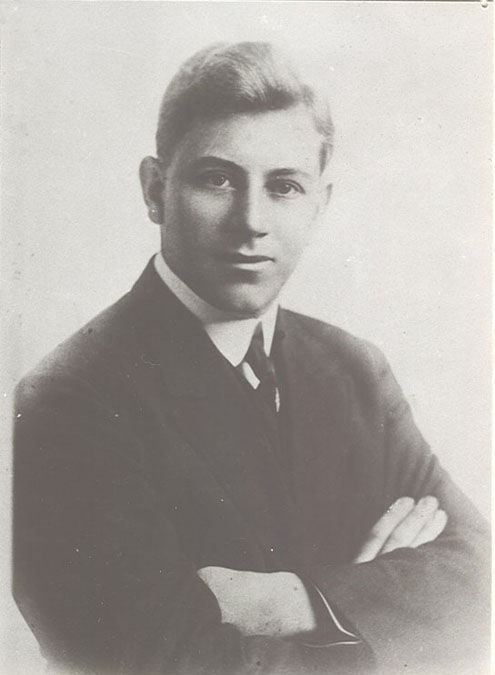 Wayne Chipman Booth was born in Alpine, Utah, April 16, 1892, to Robert Ebenezer and Lovenia Jane Chipman Booth (q.v.). When he was two years old his family moved to the farm in Highland which his father had purchased in 1889.

He attended elementary schools in Alpine and American Fork and went to Brigham Young University for his first year of high school but graduated from American Fork High School with the first four-year class in 1913. In November, 1914, he left for Portland Oregon to serve a church mission. He served under the presidency of Elder Melvin J Ballard until December 1916.

In August, 1917, with World War I raging in Europe, he enlisted in the 145th Field Artillery, trained at Fort Douglas and was then sent to Camp Kearney, California. While there he applied for Officer Training School, passed the required tests, and was sent to Fort Knox, Kentucky, for training. While he was there, the 145th unit was sent to France without him. Upon graduation from the Fort Knox school he was sent to Camp Custer, Michigan, to train recruits. The contingent was awaiting overseas orders when the Armistice was signed November 11, 1918. He was discharged as a Second Lieutenant on January 30, 1919.

He had always loved farming and livestock, so after his discharge he returned to Highland to work on the farm with his father (Number 25 on the 1958 Highland map). In June, 1919, he married Lillian Clayson in the Salt Lake Temple. Lillian was born November 30, 1894, at Lake Shore, Utah Territory, to Eli J and Elizabeth Ann Hawkins Clayson. On July 11, 1920, Wayne C. Booth was sustained as Bishop of the Highland Ward with counselors Orville C. Day and William Mower and they were ordained and set apart by Apostle Rudger Clawson. The following year Brother Mower moved and William S. Greenwood was sustained in his stead.

As the birth of their first child approached, Lillian convinced her husband that he should attend BYU and acquire his bachelor's degree. On January 29, 1922, he was released as Bishop and moved his family to Provo where Lillian taught school (she was also Principal of Harrington Elementary in American Fork for a time) and Wayne studied agriculture and graduated in June, 1924, with second highest honors in a class of 72. He then taught at Provo High School and also served as counselor to Bishop Henry Aldous Dixon in the Provo Third Ward. The following year he accepted a teaching position in American Fork. They purchased a home and land in the northwest section of the city where he planned to raise purebred livestock for demonstration in high schools and to satisfy his craving for that type of work. He was unable to follow his dream, however, as he contracted Addison's disease, which was incurable, and died April 27, 1927, shortly after his 35th birthday.

Wayne was blessed with a keen mind, sympathetic understanding and a great ability to get along with his associates. His hobby was music and he learned to play the violin and loved to sing.