Aaron was the fourth child, fourth son of the eighteen children of Peter and Keziah Cheney (q.v.), born February 22, 1886, in Manassa, Colorado. In 1900 he was living in Fairview, Utah. Rachel was born December 27, 1887, in Marion, Idaho, to James Lafayette and Rhoda Ann Higley Tadlock. They were married October 2, 1907. In 1910 they were living in Twin Falls Idaho with one child. In 1920 they were in Highland with five children, and in 1930 they were in Bear Lake, Idaho. with nine children: Aaron Wilford, Delsa, Loren Neil, Gail Wimmer, Marcia Kay, Nell, Fay, Shirley and Sanford Willis.

They moved to Highland in January 1919 and lived "close to his parents" but the exact place is unknown. They lived there for about two years then moved to Kenilworth, Utah, where he worked in the mines. Rachel died December 12, 1961, and Aaron died April 7, 1962, both deaths in Boise, Idaho. [Find a Grave] 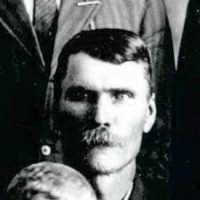 Peter was born April 24, 1864, in Spanish Fork, Utah Territory to Elam and Margaret Wimmer Cheney. He was living in Fairview in both the 1870 and 1880 censuses. Keziah was born November 10, 1864, in Fairview to Jordan and Mary Lovina Howell Brady. They were married September 16, 1880, when he was 16 and she was 15. They were living in Fairview in 1900, Twin Falls, Idaho, in 1910 and in Highland in 1920 (Number 49 on the 1958 Highland map most likely). They had eighteen children: Leroy Peter, Franklin Jordan, Otis Theodore, Aaron Hugh, Samuel Milton, Margaret B., Loren Neil, Martha Elizabeth, Mary L. (twins), Sarah Belle, John Edmond, Chester Howell, Horace Bascom, Claude Nile, Clifton Wimmer, Dugal Marles, Thomas and Royal Clifford. Leroy, Franklin, Martha, Mary and Clifton died at birth or very young. Most records ignore the twin, Mary and say the Cheney's had seventeen children but Mary lived almost two months and Martha died the day they were born.

Keziah served as Relief Society President for about a year in 1921 with Emily Miller and Lillian Booth as counselors and Anna Shipley as secretary. 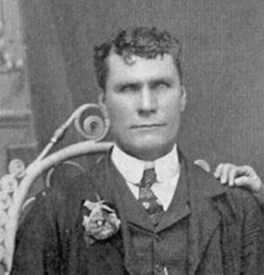 Peter was a dentist who moved his family to Highland in 1918 and lived there for five or six years and Keziah died there August 28, 1924. Peter married Ezelphia Jane Prescott Lemmon March 24, 1925. in Salt Lake City. He died May 9, 1928. in Salt Lake City. Peter and Keziah are buried in the Fairview Upper Cemetery. [Find a Grave] [Names in Stone]