Here's a family that did not move in from out of state to work at Geneva. In 1957 Abram was hired to manage the Park Stake Welfare Farm which had recently been purchased from Yukus Inouye (Number 22 on the 1958 Highland map). Abram had a great deal of farming experience in the previous twenty five years or so. 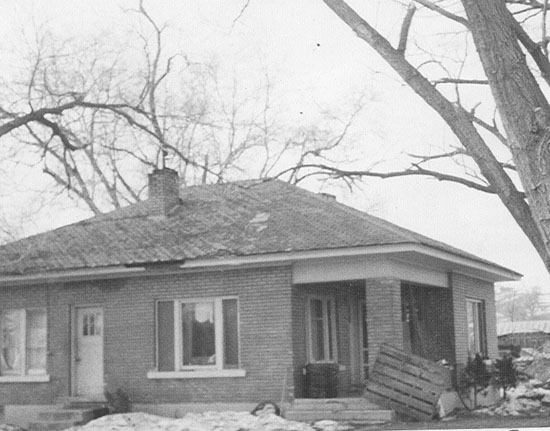 Abram was born October 10, 1911, in Whitney, Idaho to Abram F. Sr. and Stella Wilcox Dalley, the oldest of eleven children. When he was seven the family moved to Sugar City where his father purchased a large farm. In 1921 the post war depression took its toll and he lost that farm so moved to Dayton. The David Buttars family lived in Dayton and Abram took an interest in their daughter, Sadie. They were married September 23, 1931, in the Logan Temple. Sadie was born September 20, 1911, in Clarkston, Utah to David William and Maud Shumway Buttars. They had ten children: Geraldine, Mary Elaine, Margaret, Nola Beth, Abram F. III, David Lynn, Myrna Lu, Richard B., John Paul and Susan, who was the only one born in Highland.

They lived in Dayton and Abram was time keeper on a WPA project then for J.C. Penney and the State Highway Department. In 1936 the FHA program was introduced and he got a loan, bought some equipment and moved to a farm in Sunnyside, Lava Hot Springs. In 1940 they moved to Roberts to a much better farm, then in 1951 they moved back to Dayton to manage the Church Welfare Farm for the Oneida Stake.

In Highland they were very active in the Latter-day Saint ward and held many positions in the auxiliaries. Sadie was second counselor to Dora Bringhurst in Relief Society, second counselor to Genevieve Matthews in Primary and Primary teacher. Abram was Young Men's Mutual Improvement Association (YMMIA) President and in charge of many activities. While living in other wards he served as YMMIA President five other times and in three Bishoprics. One of the most memorable activities was at Mutual Dell when he and Marie Larson scared the young people into hysterics coming out of the woods surrounding the amphitheater. Abram and Bill Hyde also sang many song parodies accompanied by Janet Strasburg. 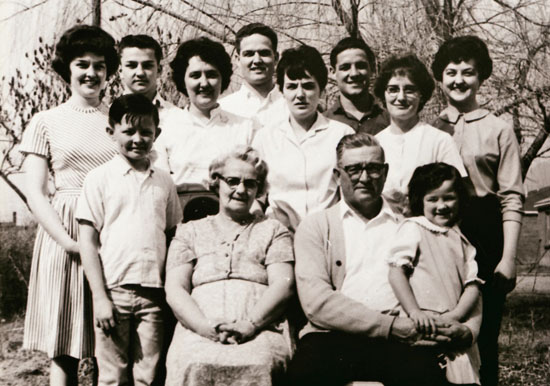 In 1962 the family moved back to Dayton then in 1972, Abram suffered a heart attack so sold the farm and moved back to American Fork where he went into the insurance business with his son, Abe. Abram and Sadie served together as missionaries beginning in 1980, to South Carolina then Glennville, Georgia. Abram died December 20, 2000, in American Fork and Sadie died on November 4, 2004. [Find a Grave] [Names in Stone]