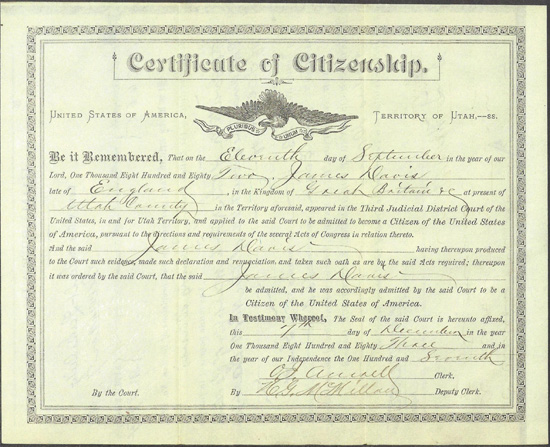 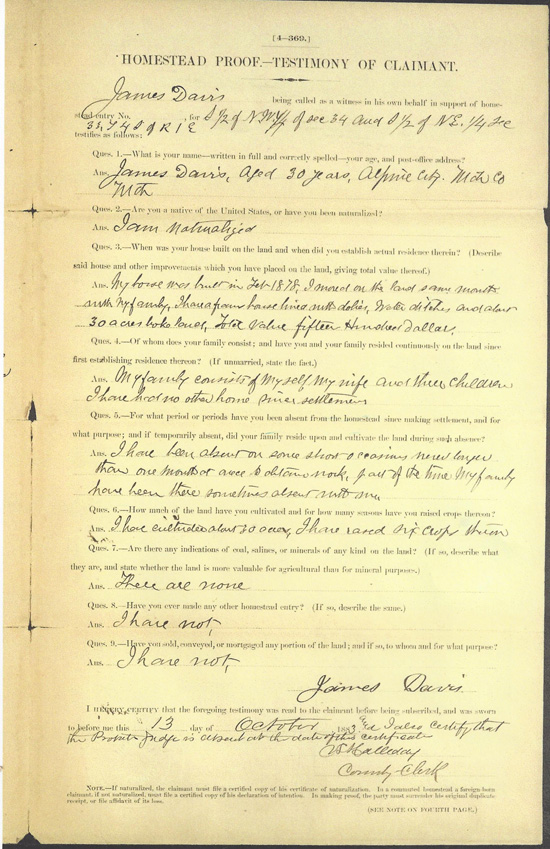 In 1878 James homesteaded 80 acres on the west side of Highland north of John Hart. His frame/adobe home was built in February, 1878, and he continued to live there when his patent was finalized January 7, 1885. The 1880 census showed them living in Provo and he worked at a Woolen Mill. By 1900 they had moved to Salt Lake City, where he was a Warp Dresser. Elizabeth died December 13, 1911 in Salt Lake City and James died October 11, 1921 in Pocatello, Idaho. They are buried in the Salt Lake City Cemetery. [Find a Grave] [Names in Stone]

Lewis was born in England, October 6, 1821 to Margaret Davis, a single woman. He married Sarah Bevington August 4, 1844 in Leigh, Lancashire, England. She was born September 14, 1822 in England. They had seven children: Alice, James B., Mary Elizabeth, Hyrum, Margaret, Elizabeth A., and Sarah J. He homesteaded 160 acres in the northwest part of Highland, adjacent to Stephen Moyle and Adamson (#25 on the 1958 Highland map). 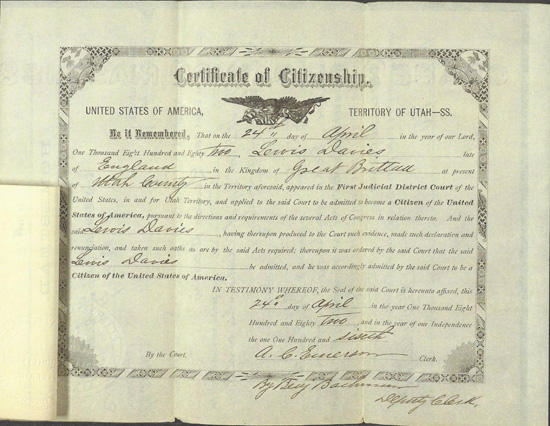 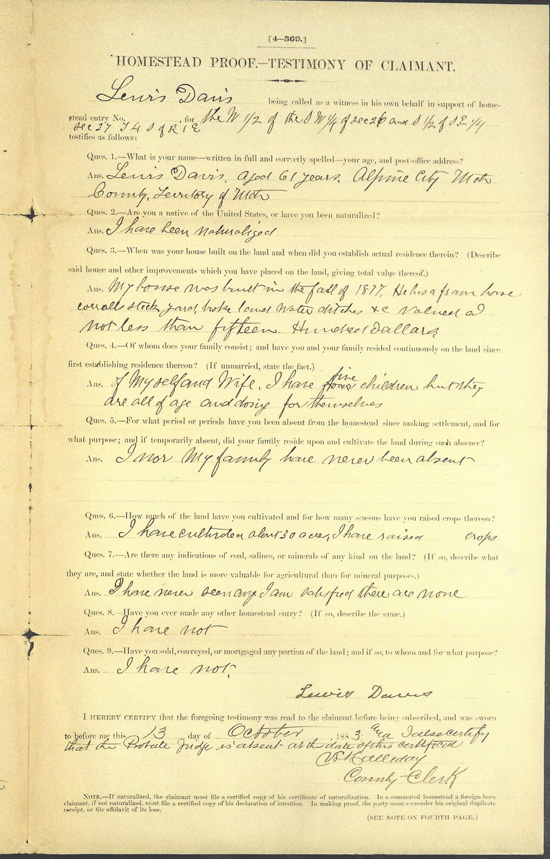 He built a frame home in the fall of 1877 and continued to live there in January 1885 when his patent was approved. The patent of his son, James, was approved the same day.

Another probability for the Nathan Davis who lived in Highland is the son of Nathan (below) and his second wife, Lavina Newberry Morris.  He was born August 30, 1868, in Grantsville, Utah.  Sarah was born April 26, 1871 in Rockport, Utah to William Edward and Mary Wakeman Willimott, a sister to William Willimott (q.v.). They were married December 4, 1889 in Salt Lake City. They had four children: Effie, Nathan W., Sarah and Clarence S. 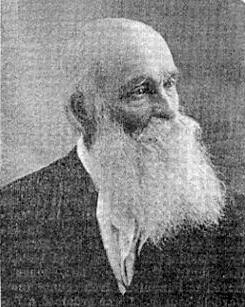 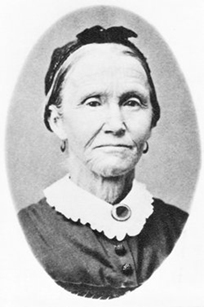 A man by this name lived in Highland for a short while during the 1890's and this seems like the only person who might fit. Nathan was born October 2, 1814 in Hanoverton, Ohio to "Rachel John Davis" (don't know if that is supposed to be "Rachel & John"- her maiden name appears to be David). He married Sarah Woolley on March 31, 1836 in Hanover, Ohio. She was born April 14, 1815, in Newlinville, Pennsylvania. They had nine children: Rachel Hannah, Edwin Woolley, Marvin Taylor, Albert Westley, Charles Lewis, Milton Herbert, Sarah Maria, Nathan John, and David Franklin. In the 1860 census they were living in Salt Lake City and he was a machinist.

On November 21, 1862, in Salt Lake City, Nathan married a second wife, Lavina Newberry Morris, who was thirty years younger than he. She was born in Nauvoo, Illinois July 13, 1844 to George and Hannah Maria Newberry Morris. She had her fourth birthday as she traveled with her family in the pioneer company led by Lorenzo Snow. They left Council Bluffs, Iowa on May 22, 1848 and arrived in Salt Lake City September 25, 1848.

Nathan and Lavina had eight children: Hannah Maria, Lavina Ann, Nathan, Abigail, William Baylis, Eli, Harriet and a daughter who died as an infant. Lavina died September 2, 1879, probably in childbirth along with her infant, in Brigham City, Utah. 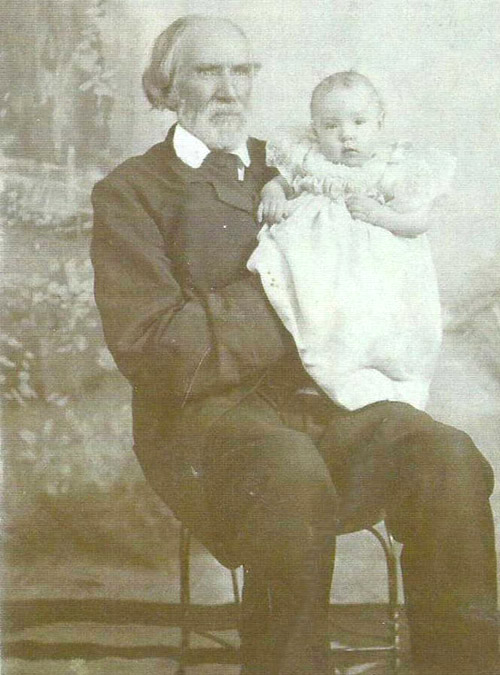 Another son of Nathan and Lavina, he apparently lived in Highland for a short time.  He was born November 20, 1871 in Salt Lake City, Utah.  Hannah was born September 11, 1881 in Salt Lake City to Carl Petter and Johanna Charlotte Johnson Larson.  They married about 1901 and had eight children: Della, Lottie, William Larson, Carl Larson, Alma Larson, Lavina, Myrtle Jean and LeRoy Larson.  William died December 11, 1948 and Hannah died September 27, 1949.  The are buried in the Salt Lake City Cemetery.