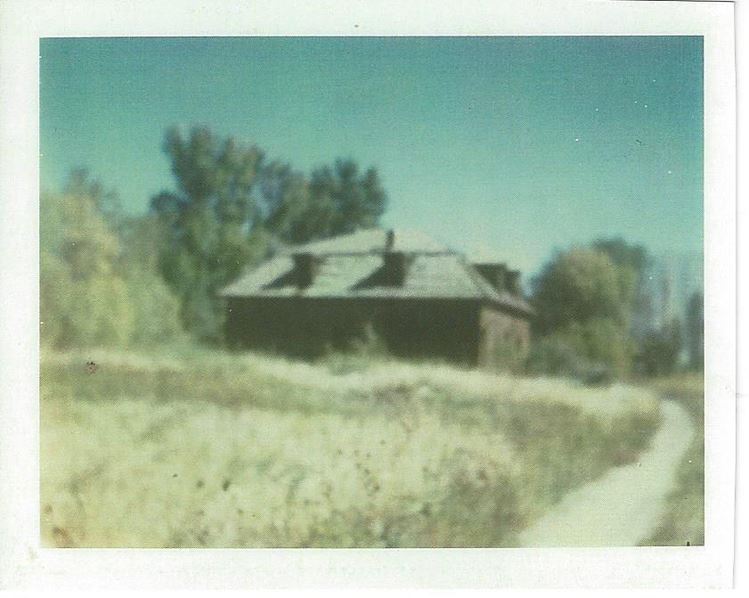 Hyrum, or Hite, as he was called, was born March 15, 1862, in Duncan's Retreat, Washington County, Utah Territory to Appleton Milo and Elmeda Stringham Harmon. His father was the carpenter and captain of the tenth ten, on the first company of Latter-day Saint pioneers and he built the roadometer that was designed by William Clayton and Orson Pratt, to measure the distance traveled each day. 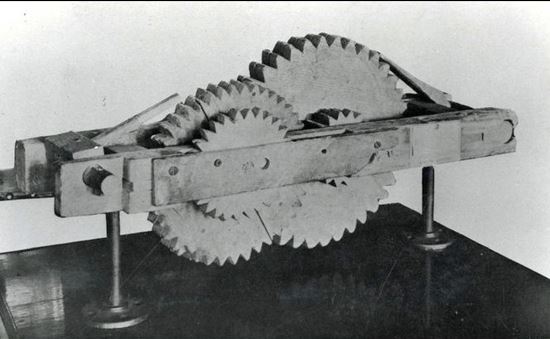 Appleton Harmon and his 1848 pioneer roadometer

Hyrum married Luella Emaline Tuttle December 31, 1890, in Manti and they had two children: Laurence Barnes (q.v.) and Lila Marie and he filed for divorce in 1903. Luella was born May 23, 1871, to Luther Terry and Emily Amelia Cox Tuttle, in Manti, Utah Territory. After being divorced from Mr. Harmon she married Isaac David Vorhees and they had one child. He died in 1932 and she died October 19, 1957. 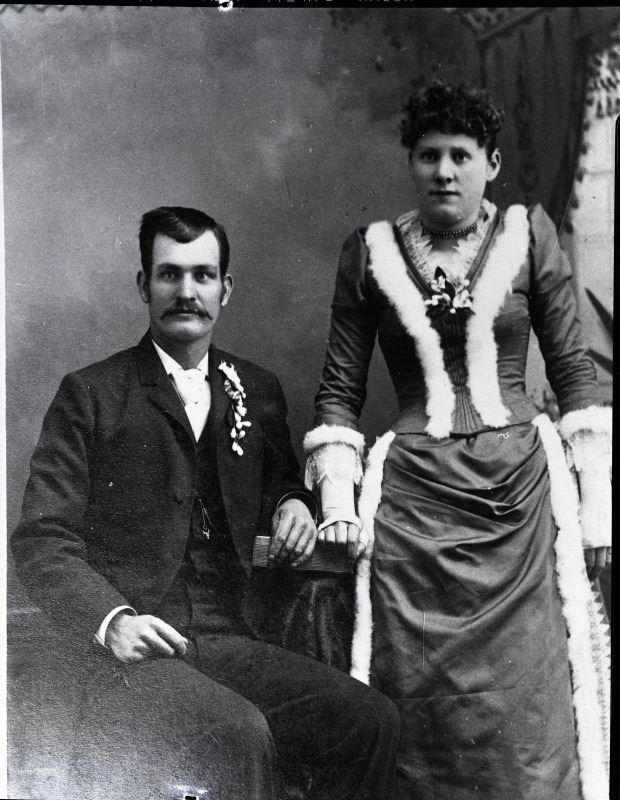 Hite and Luella moved to Highland in 1890 building the large home at Number 12 (on the 1958 Highland map). Luella was there for only a short while before their separation and divorce. He rented part of his large home to many others over the years and some of the renters helped him work his large farm. He was a good neighbor and always helped his neighbors at harvest time. He apparently built a molasses mill on his property, as remnants of it were found after his death. Hite was a School Trustee in 1907.

One night he had a large quantity of wheat stolen from his granary, in burlap bags. He discovered that one of the stolen bags had a hole in it and spilled a trail of grain all the way to the culprit's home (who shall remain nameless here but he later became a member of the Bishopric). 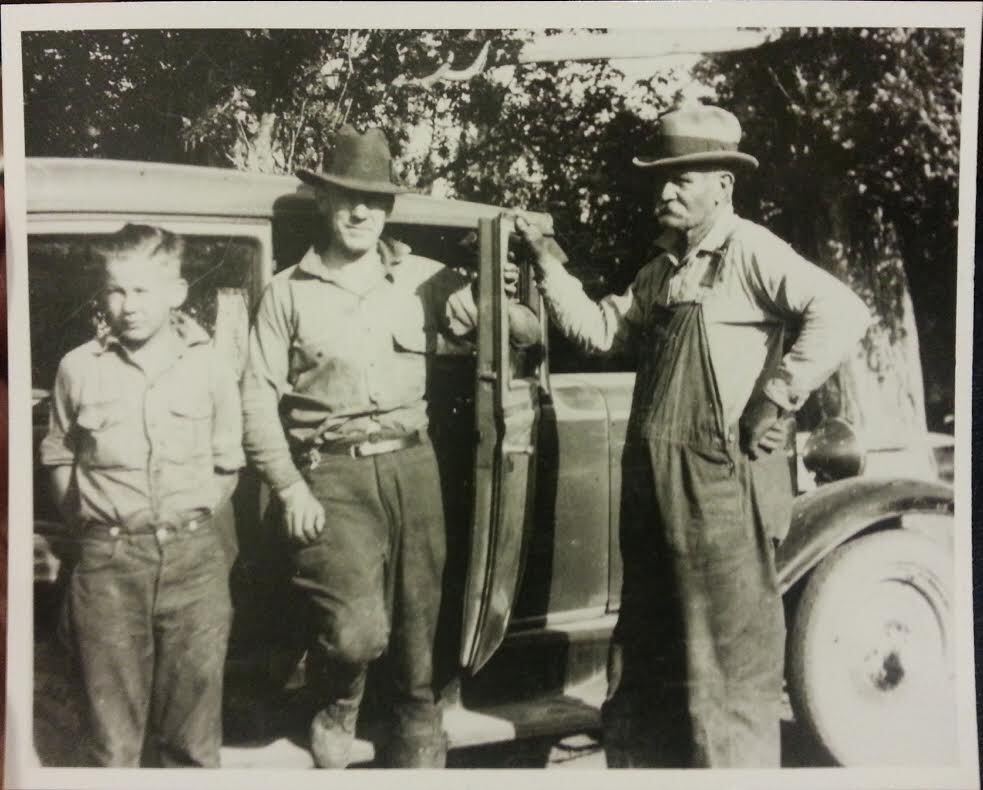 Although Hite was a member, he was not active and didn't participate in the Church of Jesus Christ of Latter-day Saints. He was one of the finest Christian men - always treating his neighbors with great love and respect. My father and brothers had a great deal of respect for him, I have vague memories of him. For the last few months of his life he was in a care center in Sandy where he died January 6, 1945. After his death his property was sold to LeRoy Wagstaff.

One of those who lived in the home with Hyrum Harmon was his youngest brother, Jesse, who with his family was living there in 1900. Jesse was born January 19, 1868, in Toquerville to Appleton Milo and Elmeda Stringham Harmon. Sarah was born September 21, 1871, in Pleasant Grove to John Greenleaf and Rachel Stevens Holman. They were married December 27, 1892. Apparently they lived in Salt Lake City for the first few years, as that's where their first children were born. They had 4 children when living in Highland in 1900: Clarence H., Appleton J., Ardelle, and Warren T., and added five more children later, while living in Provo: an unnamed baby who died at birth, Dorothy, Bryant Martin, John Holman, and Robert Barnes. They were in Provo in the 1910 and 1920 censuses.

Jesse died January 14, 1922, in Provo and Sarah died July 12, 1949, in Los Angeles, California and they are buried in American Fork City Cemetery.

Minnie was a school teacher at the Highland School in 1914 and 1915. She also taught Sunday School in the Ward in those two years. She was born February 14, 1889, in Payson, Utah Territory to Herman and Amelia Smith Oberhansley. She was living in that same area for the 1900 and 1910 censuses. She graduated from BYU with a teaching degree in 1915. She married Laurence Harmon, son of Hyrum Harmon (q.v.), August 16, 1916, in Salt Lake City and they were later sealed in the Salt Lake Temple. She was active in PTA in Provo where her husband taught at the high school. They were in Provo for the 1920 and 1930 censuses and in Salt Lake in 1940. She organized and was president of the Harmony Club (Thalia Club) and president of the Pi Kappa Alpha Mothers Club.

Laurence was born March 17, 1892, in Manti, Utah Territory to Hyrum and Louella Tuttle Harmon when the family was living in Highland. He went to school in Highland and Lehi, graduated from USAC and received other degrees from BYU, University of Chicago, USC and a PhD from Iowa State. In June, 1917, when he registered for the WWI draft, they were living in Highland. He enlisted in the Army on August 1, 1918, and was discharged six weeks later on September 16. He was Principal of Provo High School 1923 - 30 and was State Director of Vocational Rehabilitation for 24 years, retiring in 1961. He was also President of the National Rehabilitation Association. They were active in the Church of Jesus Christ of Latter-day Saints - she served as Relief Society President in two different wards and as YWMIA President in two different wards. He served as Stake Genealogical Chairman for many years. In April, 1942 ,when he registered for the WWII draft, they were living in Salt Lake City. 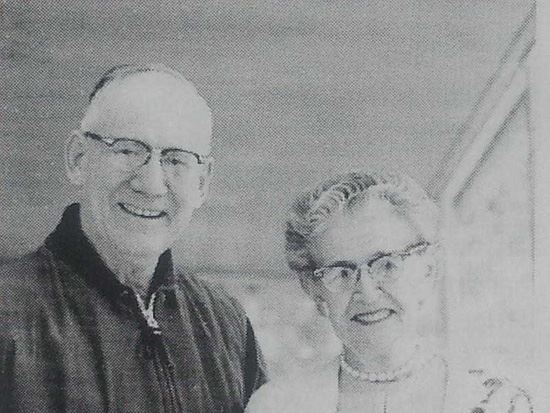 They had four sons: Laurence Clair, Hal Ray, Robert H., and Howard Kent who was killed in action in England during WWII while serving as co-pilot on a B-24 bomber.

Minnie died August 8, 1970, and Laurence married Berniece Anderson Ivory on October 29, 1971. He died October 23, 1977, in Salt Lake City and he and Minnie are buried in the Salt Lake City Cemetery.