The Householder's were both born in Pennsylvania, William August 14, 1836, and Susana June 2, 1834, and in the 1860 census had three children. William's parents were Jonathan and Eva Painter Householder. They crossed the plains from Omaha, arriving in Utah in September, 1862 with the Homer Duncan company. They homesteaded the 160 acres west of Hegan's and east of Heber Preece (Number 81 on the 1958 Highland map). 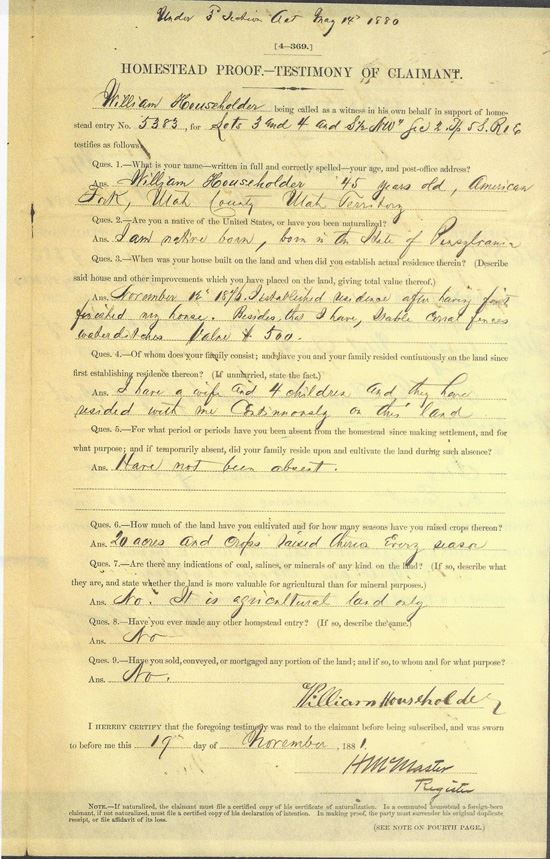 The 1880 census shows them living in American Fork with 4 children: Alfred, Sarah Ann, Johnston and Mary. At least two other children are mentioned in other census records: Rosetta and Joseph Hyrum. Susana died March 25, 1902, and William married Sarah Ann DeFriese on December 26, 1905. His occupation is listed as Quartz Miner. His homestead patent states that he built a home and moved in to it in November 1876 and lived there continuously until the patent was finalized in November, 1882. It is unknown how long they lived in Highland but his obituary says that he was a long-time resident of American Fork. He died December 8, 1920, and he and Susana are buried in the American Fork City Cemetery.