Ariel was a teacher and principal at the Highland School and he and Veda were Sunday School teachers in 1917 - 1919. Ariel was born January 10, 1893, in Ephraim, Utah to Peter Rasmus and Mary Ann Christensen Jensen. Veda was born August 31, 1892 to Joseph Clyde and Lulu Belle Cunningham Baker. They were married May 17, 1916, in the Salt Lake Temple and had three children: Ariel Arden, Robert Allen, and Clyde B. He registered for WWI draft in 1917, living in Lehi and teaching school. The 1920 census showed them living in Lehi and later they moved to Salt Lake. Ariel died March 24, 1969, in Salt Lake and Veda died November 19, 1975, also in Salt Lake and they are buried in Wasatch Lawn Memorial Park. 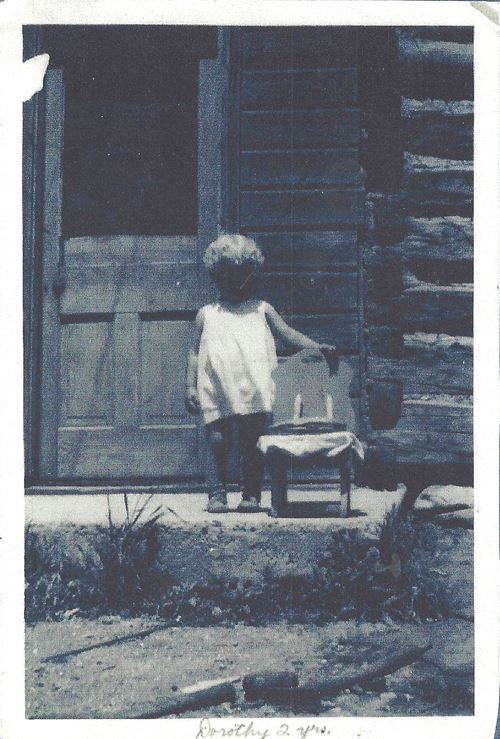 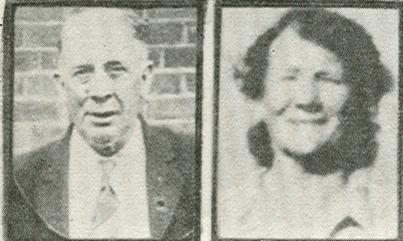 Cyrus was born September 19, 1876, to Soren and Christina Jensen. Alice was born December 27, 1888, in Woodland, Utah Territory to Louis Henry and Fredricka Honeck Strasburg (q,v,), the oldest of ten children. They were married January 10, 1907, in American Fork, Utah and had ten children: Edith, Anna, Alva, Leah, Herman, Clara, Edward, Verna, Clifford, and Afton. In Highland they lived at Number 15 (on the 1958 Highland map), a log cabin, not a long distance from their Grandmother Strasburg's home. The draft record of September 12, 1918, showed his birth date as the 20th (The registrar was Martha Loveridge).

The children were schooled in the Highland School and in American Fork. In 1925, Cyrus thought they might do better in Montana so moved his family there. They were only able to return once for a visit. Cyrus died November 10, 1947, in Shoshone, Idaho and Alice died October 28, 1950, in Polson, Montana. They are buried in the Lakeview Cemetery in Polson, Montana.