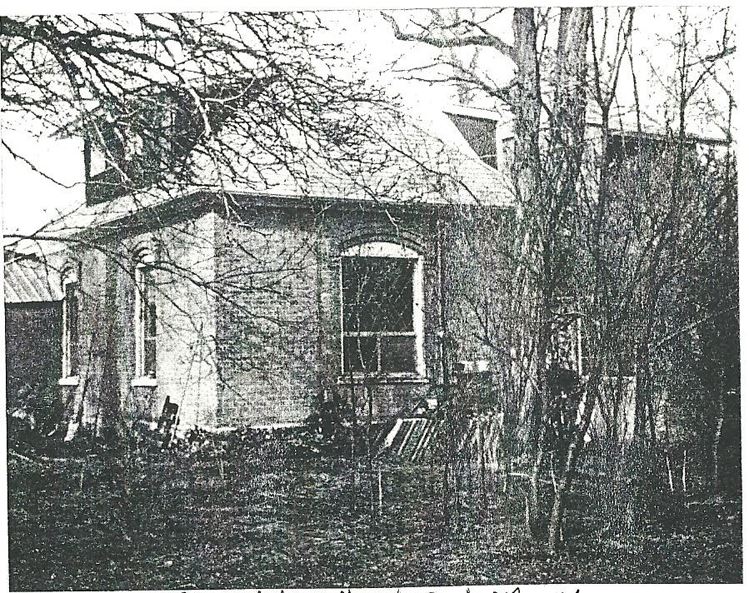 They lived in Highland all their lives, in his family home (Number 50 on the 1958 Highland map), providing for his mother until her death. Ben was always concerned about his appearance and dressed his best. He was fun-loving and outgoing and made many friends. His good friend was Mark Adamson and the two liked to play tricks on others and occasionally got into trouble.

He was a High Priest in the Church of Jesus Christ of Latter-day Saints, serving in various positions.

Elva died April 6, 1966, and Bennie married Dorothy Kohler December 16, 1981. They were living in Heber City at the time of his death March 6, 1994. Bennie and Elva are buried in the Alpine City Cemetery. 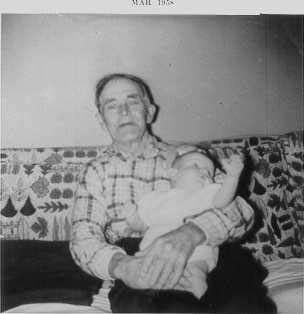 Another 1920 entry on the Highland census, who lived here briefly and left little to remember them by. Claud was born August 27, 1897, in Minersville, Utah to Moroni and Harriet Bradshaw Myers. Martha was born September 16, 1897, in Provo to Thomas Alexander and Jane B. Duke Meldrum. They were married September 3, 1918, and a few days later Claud registered for the WWI draft as a resident of Minersville.

They moved to Highland where they lived between George Miller and Cheney's and he was farming. In 1930 they were in Star, Beaver County, Utah and in 1935 and 1940 were living in Craig, Colorado. They had four children: Dean Claude, Elaine, Gilbert, and Kathleen. Martha died August 27, 1977, in Denver and Claud followed on September 20, 1985. 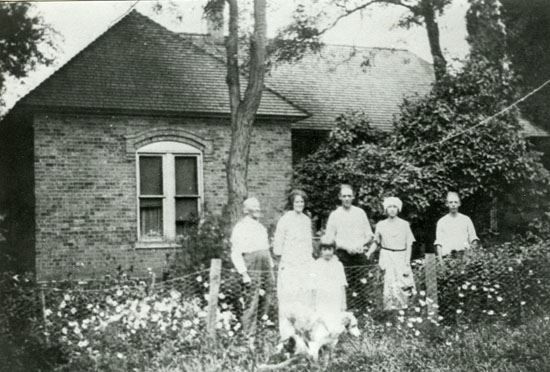 George was born March 7, 1852, in Salt Lake City to George and Ann Yost Myers. Mary Ann was born October 6, 1856, in Salt Lake to John and Ann Pinfold Whiting. The Myers and Whitings were neighbors living in Salt Lake City, George and Mary were childhood sweethearts and married in 1871 when she was 15 and he was 19. George filed for land in Highland in 1869-80 acres next to his father-in-law's 160 acres. Around 1876, with the help of his father-in-law, he built a home (Number 50 on the 1958 Highland map). They had nine children: John Whiting, Maud Ann, Jessie Diantha, Sarah Blanche, Mary Belle, George Westly, Mamie Grace, Nida Jennavie, and Victor Floyd.

George worked in Cottonwood Canyon as a miner until he could make a living on his farm. In 1893 he was appointed registrar of the new Highland voting district and was also appointed president of the board of trustees of the newly-formed school district. In May of 1894 George lost his wife and 3 of his 9 children (Mary Belle, Grace and Nida) to diphtheria in a two week period. The children retained vivid memories of the Constable, George Munns, coming to their home and helping their father place their loved ones in home-made caskets, nail them shut and load them on a horse-drawn wagon. The children placed a yellow-flowered wreath they had made on their mother's casket only to watch it fall off as Munns drove away over the bumpy dirt road.
About a year later (June 18, 1895), George married 21-year-old Mary Lee Wilson, (George was 42) who had migrated from South Carolina in 1892 after joining the Church of Jesus Christ of Latter-day Saints. Mary became like a mother to the children in the home, but they always called her "Aunt Mary". She was born January 12, 1874, in Grover, North Carolina to Lawson and Elmina Green Wilson, the second of twelve children.

With Mary's influence, George was baptized with three of his children in 1899, in Utah Lake. Mary was rebaptized the same day to symbolize a new beginning with her husband and in anticipation of an additional blessing, since she had been in ill health since the birth of her second child. They had five children: Gilbert Yost, Elvie Lee, Delos, Bennie Earl, and LaDean Kathlyn. 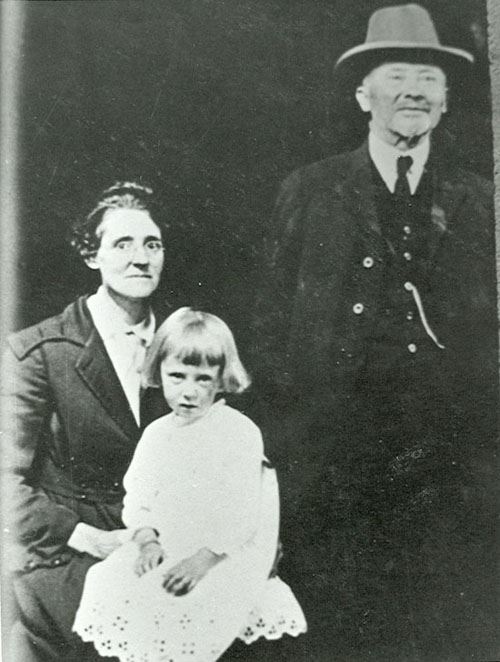 On June 26, 1893, Highland was granted a voting precinct by Utah County Court and School District. George was appointed a trustee and also the registrar. At about the same time he was Director of Lehi Water and chairman of the Republican Party.

George played a key role in the building of the Silver Lake Reservoir in American Fork Canyon, completed in 1907, which became a new major source of water for Highland at the turn of the century. He was also part of the 1870's water lawsuit argued by Attorney George Sutherland. He was a director of the Lehi Irrigation Company for 22 years, county road commissioner for 2 years and was a school board trustee for several years. George was also instrumental in keeping a branch of the Church going in Highland when others voted to attend meetings in Alpine, American Fork or Lehi. 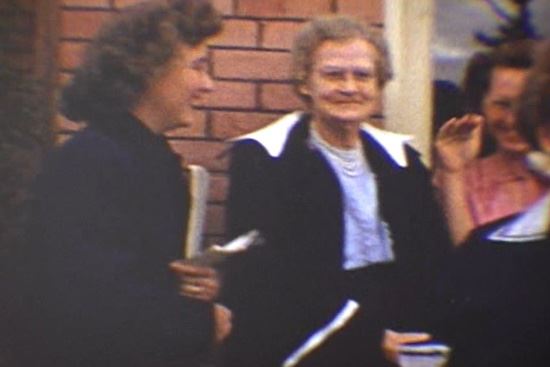 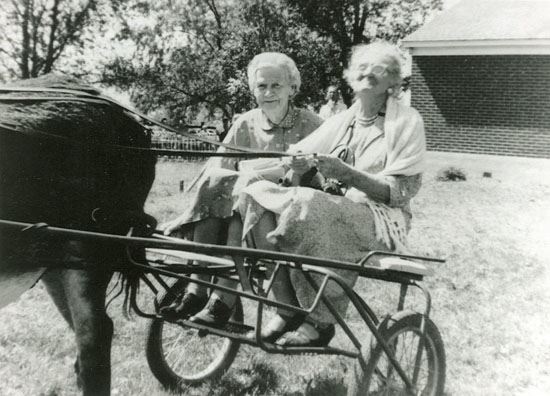 Mary Lee was a hard-working woman and dedicated mother. She had her own horse and buggy and she was just as spirited as was the horse. She once had a race with Ben Bates of Alpine. She lost but it was always her contention that she had to slow down because her pregnant daughter was riding with her and she was screaming in her ear to stop. She held many positions in the Church, including being the first President of the Highland Ward Primary, counselor in Relief Society and Sunday School teacher. She, with Marie Jerling and Pearl Adamson had a lot of fun dressing up foolishly and playing jokes on their neighbors and friends. In her later years she was great friends with Henrietta Larsen, who was about her age. Mary Lee died February 15, 1971, at the age of 97. 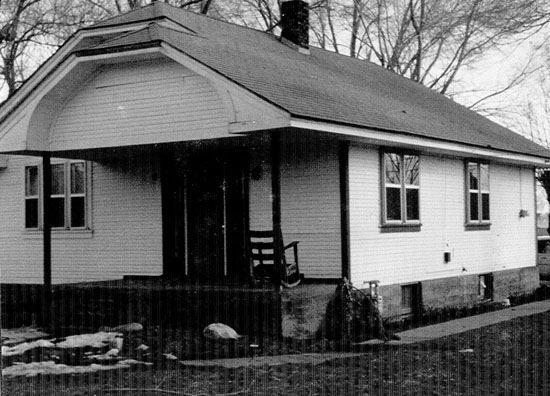 Gilbert was born March 7, 1896, to George Yost and Mary Lee Wilson Myers in Highland. He attended Highland School and graduated from eighth grade. 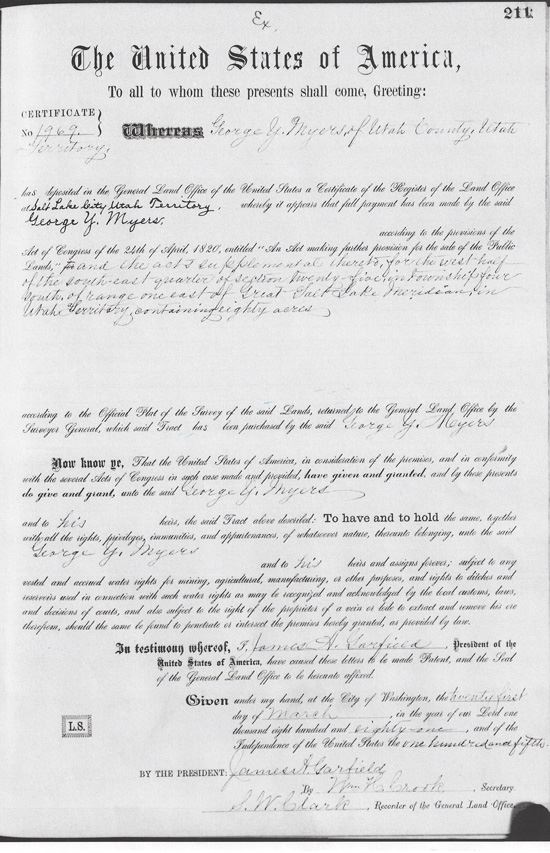 Elizabeth was born April 16, 1899, to John George and Abbie Shaw Kitchen in Eureka, Nevada. Her parents had a large cattle raising operation in Nevada. She was converted to the Church of Jesus Christ of a Latter-day Saints as a young girl and came to Utah to care for her half sister, Ethel. Here she met Gilbert and they were married October 18, 1920. They bought 26 acres of ground across from his family home (Number 51 on the 1958 Highland map) and raised, hay, grain, chickens and turkeys. In addition to Dorothy, Elizabeth's daughter from a previous marriage, the couple had four children: Reva, Marion, Jeanne, and Grant, all born at home in Highland. Elizabeth was a 4-H teacher, teaching cooking and sewing and she taught Primary and Sunday School. 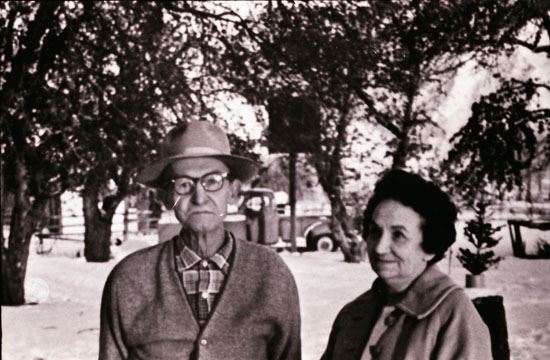 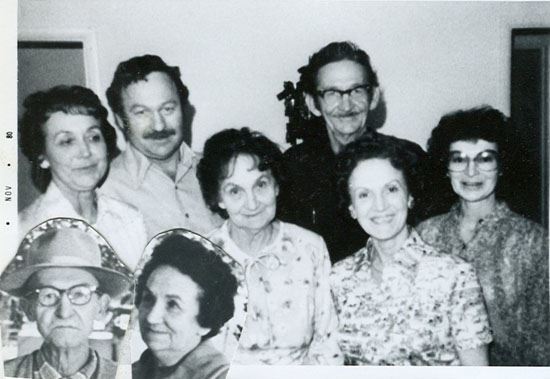 Gib was a good provider and worked for Utah Power and Light at the Alpine Power Plant and at the upper plant in American Fork Canyon. Gib died June 26, 1968, after a long illness during which Elizabeth nursed him at home. She then went to work at the Utah State Training School for fifteen years. She died March 18, 1993. They are buried in the American Fork City Cemetery.