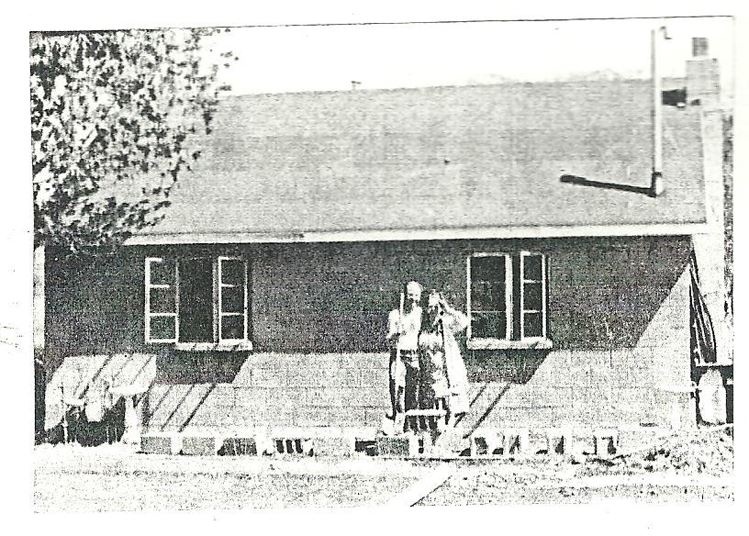 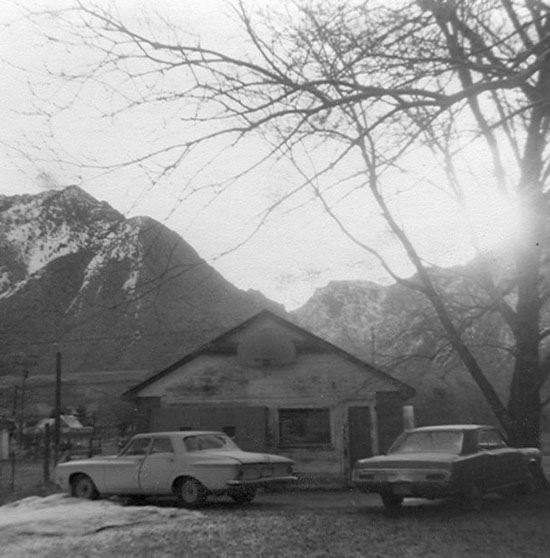 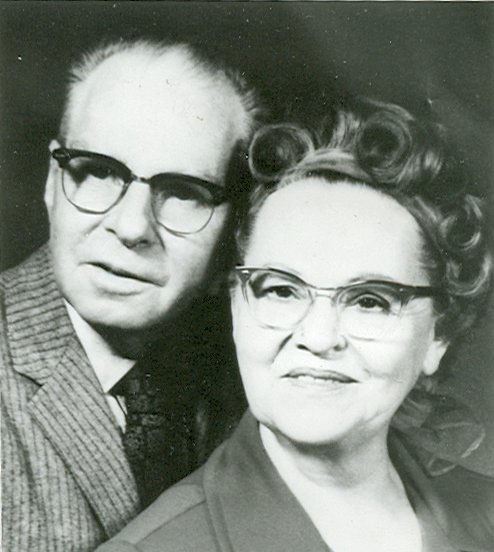 Alma was born June 12, 1907, in Spanish Fork, Utah to Parley Pratt and Amy Almira Leroy Pace.  Millie was born July 31, 1911, in Payson Utah to James Edward and Lovira Isabell Brimhall Jones.  Her birth certificate shows her name as Rachael Permelia and she has been known as Juanita.  They were married September 21, 1927 and had three children: Jerry, Larry, and Cheri.

At the encouragement of a friend, Bud Caldwell, they purchased forty acres in northeast Highland in 1940 and lived in a wooden trailer that Alma built at the site of Number 53 (on the 1958 Highland map) and began clearing the land. The harsh winter sent them back to Salt Lake for a few years, then in 1945 they returned and lived in an adobe brick home at the base of the gravel pit, then later moved to Number 55 (on the 1958 Highland map), where they lived until 1949 when they sold some of their property to their son, Jerry (q.v.) and moved back to the city. 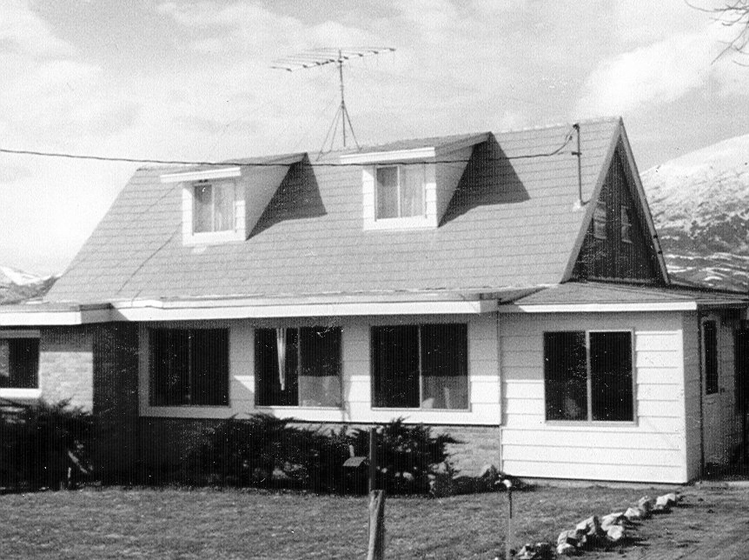 The Paces both lived here before they married and stayed here after. Jerry was born December 12, 1929, in Salt Lake City, Utah to Alma Pratt and Millie Louise Jones Pace (q.v.). When he was ten, his parents bought forty acres of land in Highland and built a trailer on it and began to plow and clear the sagebrush from it. The harsh winter drove them back to the city and they didn't try again for five years. In 1945 they lived in an adobe brick home at the base of the gravel pit east of their property then later moved to Number 55 (on the 1958 Highland map) where they lived until 1949. Jerry attended school in American Fork.
Fern was born March 25, 1931, in Highland to Orville Cox and Otes Clysta Strasburg Day (q.v.) into a family of 14. Her early life was spent on the farm, cleaning eggs to be sold to Utah Poultry, and other farm work.

On Jerry's first Sunday in Highland he was escorted to church by Dean Adams and Clive Jorgensen, the only young men of that age, who had been sent by John Jonsson, the Priest's advisor, to bring him in. That's where Jerry met Fern as she, Ila Strasburg and Alta Hall were the only young women of that age. She caught his attention by stepping on his highly glossed shoes. They courted at the annual Gold and Green Ball and danced as partners in the floor show. They became engaged on Valentine's Day in 1948 when Jerry proposed at a stop sign. They married six weeks later, on Fern's birthday, in Provo, Utah.

They lived in the Pace's attic room for a few months until they graduated from high school. Then Jerry managed a farm during the summer and was then hired at Geneva Steel. They rented an apartment in Lehi and Jerry rode his bike to catch the Geneva bus. In 1949 he purchased twenty acres from his dad and lived in a tent on the property (Number 53 on the 1958 Highland map) while building a home. They moved into the new home in 1962 and they had eight children: Melvin, Jerilene, Kevin, Mark, Brad, Kenna, Suzanne, and Celia. Kenna only lived 2 hours. 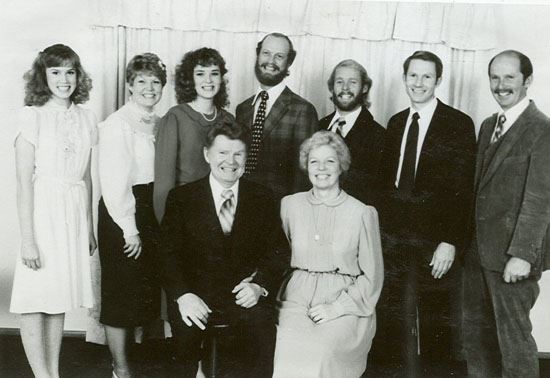 They were active in many Church callings in the different auxiliaries and quorums. Fern's hobby was genealogy and she worked in both the Provo and Mount Timpanogos Temples. As a child Fern had St. Vitus Dance, usually related to rheumatic fever, so she never had the best of health. She died of heart problems May 29, 2001, in Provo and was buried in the American Fork City Cemetery. Jerry married Glenda and they live in Sandy.