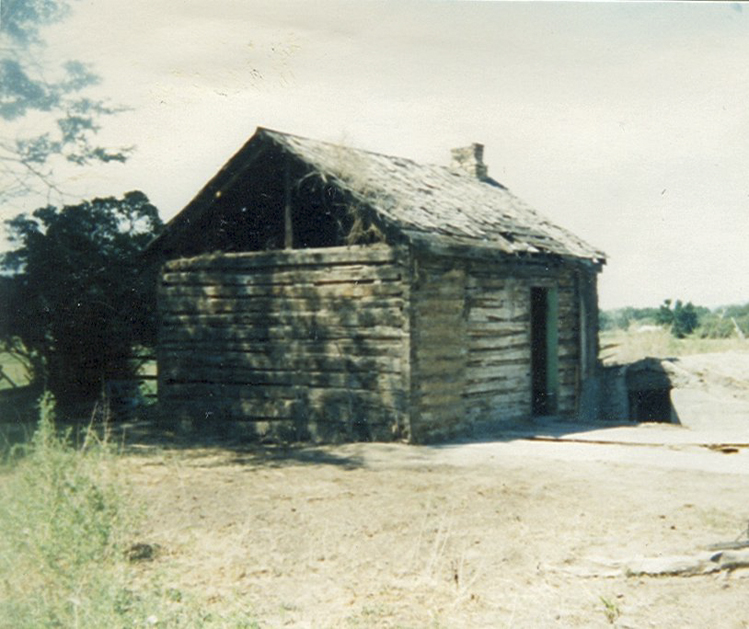 The Savill's homesteaded the 160 acres directly west of Albert Preece and were living there (Number 5 on the 1958 Highland map) at the 1880 census with one daughter, Carey (Caroline Mills). The census was misread and their name shows up as Laville instead of Saville. Harry was 23 and Evaline was 20. Harry was born in Chagwell, Essex, England, about 1857 to Jesse and Priscilla Brazier Savill and came to New York from Liverpool aboard the "Minnesota", arriving September 17, 1872. 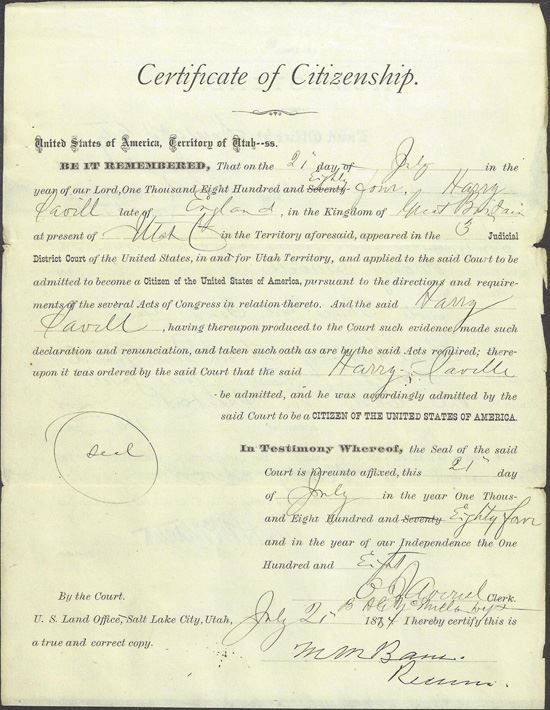 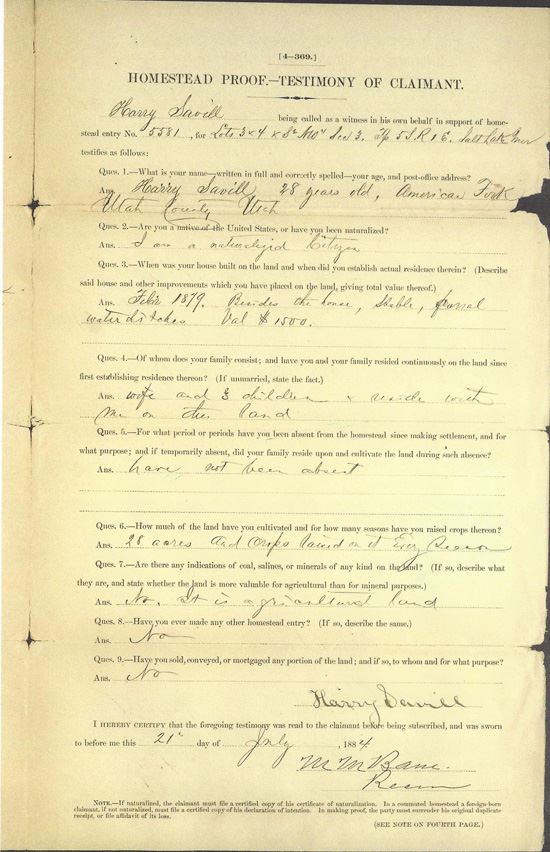 Evaline was born in Salt Lake City, Utah October 13, 1859, the only child of William Gill and Emily Hill Mills. In the 1860 census she is listed as 8/12 years old, living in Salt Lake City. Harry and Evaline were married January 1, 1879 and within a few months built and moved into the log cabin that now stands in the Highland Heritage Park. They had three other children after Caroline: Emily Hill, Willard Daniel, and Margaret Mills. In 1896 Harry transferred the property to Evaline and later the same year she sold it to John van Steeter. 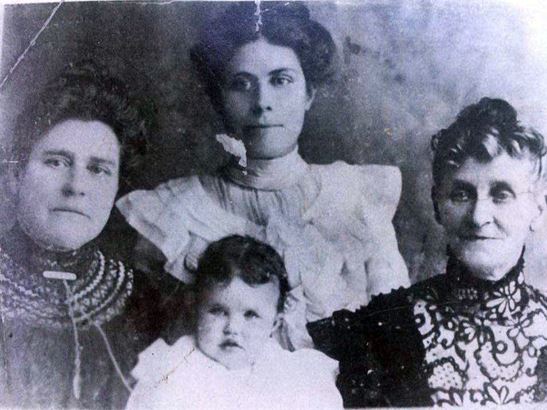 They cannot be located in the 1900 census but Evaline was found in Colonia Juarez, Mexico and died there March 7, 1920. Their daughter Caroline, born May 27, 1879, married John Eli Telford (perhaps a relative to William who lived just to the south of them in Highland) and she too, died a resident of Colonia Juarez, April 14, 1965. Evaline and her daughter are both buried in the Panteon Municipal Cemetery Number 02 in Colonia Juarez, Chihuahua, Mexico.

An interesting sidelight to the above story: Evaline's mother, Emily Hill, was born in England March 4, 1836, and converted to the Church  of Jesus Christ of Latter-day Saints at the age of twelve. Her family told her she would not be welcome in their home if she was baptized. Her older sister, Julia, was also soon converted so Emily had an ally in the family. When Emily was sixteen she and her sister were baptized. When Emily was about twenty, Julia had moved out of the home so Emily went to visit her and the two left their home behind. They found a way to came to America in May, 1856, aboard the ship "Thornton" where James G. Willie was in charge of the 800 saints aboard. They crossed the plains with the Willie handcart company and survived by being rescued.

In Salt Lake City she entered into a plural marriage with Dr. William Gill Mills and they had Evaline then William requested Brigham Young to send him on a mission. Three years later he returned using money he had raised from the saints in England, denounced the church and abandoned his families. Emily never saw him again. She struggled greatly, but soon married Joseph Woodmansee and they had eight children. Early in her life she had said, "I never knew what trouble was till I became a Mormon." 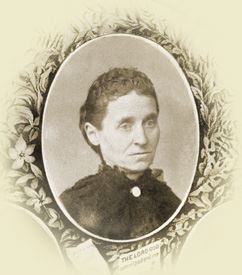 Emily became well-known as a poet and song writer - her most famous song being Number 309 in the current hymn book: "As Sisters In Zion". Earlier Latter-day Saint hymnals contained as many as eight of her hymns. She was also awarded a gold medal for writing the Jubilee Poem for the Sunday School in 1899.