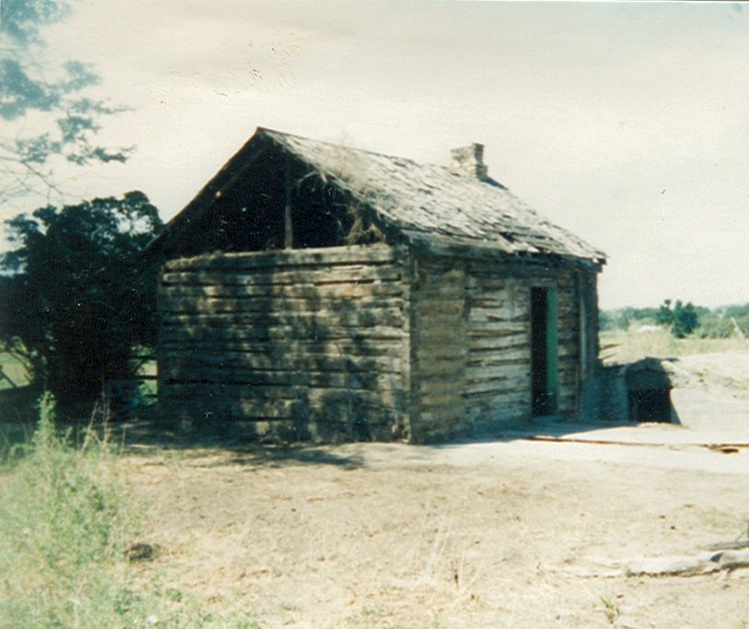 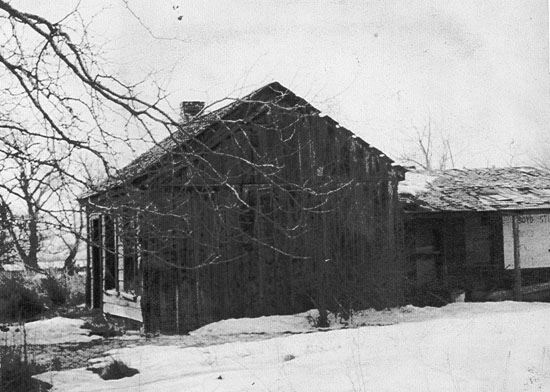 Long-time residents of Highland and stalwarts of the community and the Church are the Stice family. Boyd was born January 7, 1903, in Salt Lake City, Utah to Rufus Jesse and Alice Mae Speer Stice. In about 1906 his father and his uncle, Harvey Speer, bought sixty acres of land in Highland but didn't live there because he worked for the railroad and was stationed in Stockton, Utah. They rented the farm out until Boyd was sixteen then he and his younger brothers did most of the work, under the direction of William Hobbs (q.v.), a neighbor to the south. About that same time Harvey sold his thirty acres to Ludvig  Larson (q.v.) and moved back to Iowa because his wife didn't want to be too close to Latter-day Saints. 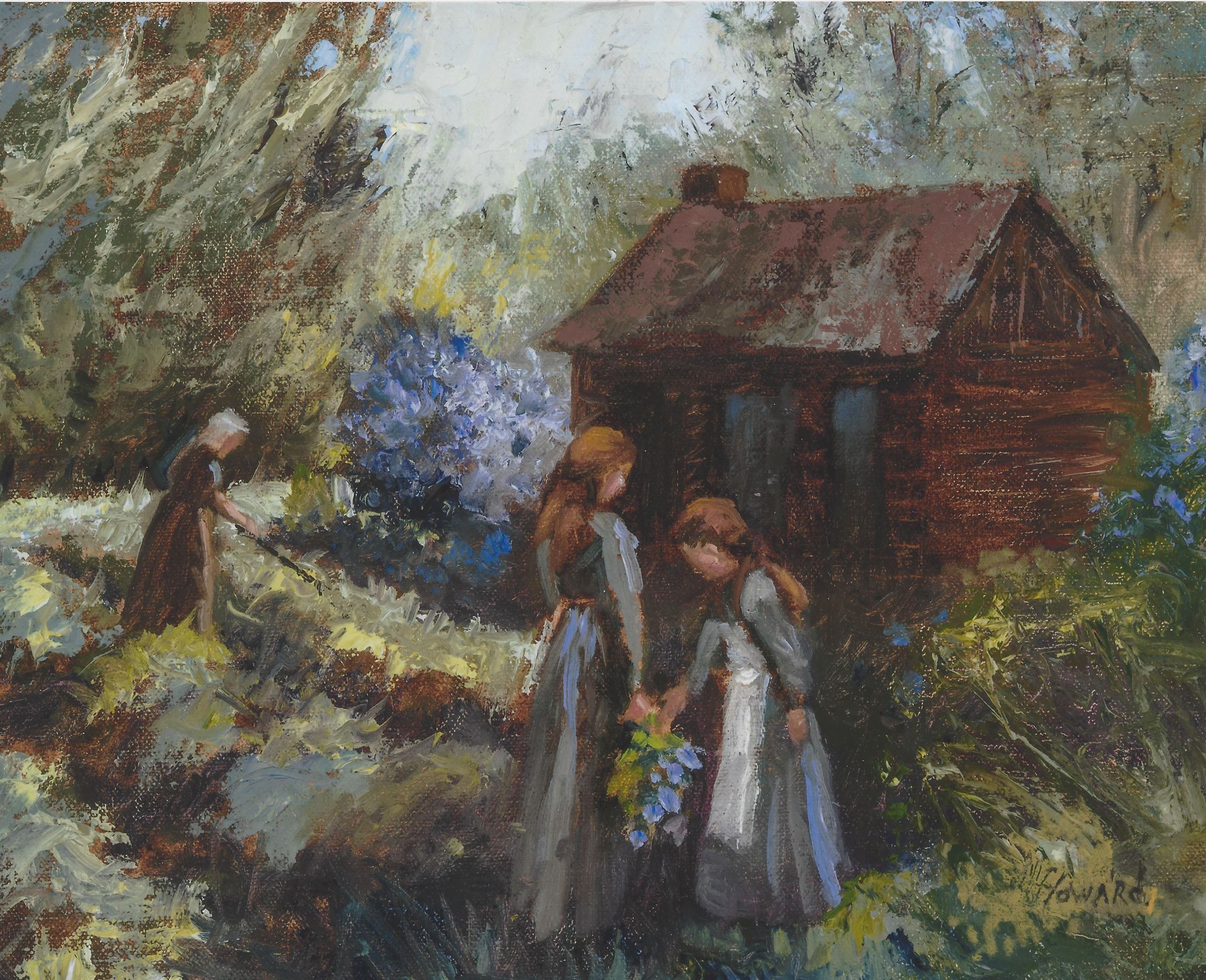 There was a large peach, cherry and apple orchard on the farm and one year they shipped a carload of peaches to Iowa and sold them for twenty-five cents a bushel. They lost money so they pulled up the peach trees.

Boyd and his brothers continued to farm until 1923, when Boyd was called on a mission to the Southern States. He had been baptized January 7, 1911, by Eli Kendall and for his mission was set apart by Melvin J. Ballard on March 15, 1923, and after serving about six weeks, came down with Malaria which incapacitated him for missionary work so he came home for about six months then returned, finishing his mission September 21, 1925. 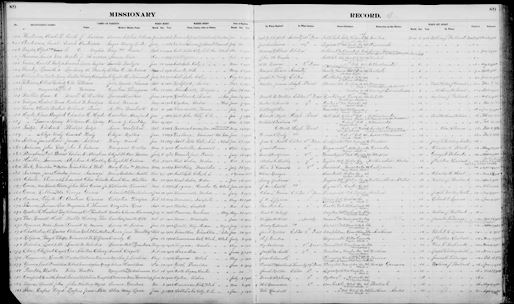 Soon after his return he met Louise and they were married November 3, 1926, in the Salt Lake Temple. Louise was born December 18, 1907, in Escalante, Utah to Ammon Lorenzo and Elizabeth Liston Roundy. They remodeled the log home (Number 5 on the 1958 Highland map) on the property and lived in that homey little place with just two rooms. They had 4 children: Gary (stillborn), Dorothy, Darlene and Carolyn. Within a few years the electricity came their way and they were happy not to use the gas lamps any longer. They dug a well and had running water in the house and they had a good coal range and heatrola to keep them warm. They raised cows and sold milk, cream and butter and also raised pigs during the depression. They could sell ten gallons of cream for $1.50 and butter for ten to twelve cents a pound. On one occasion Louise went Christmas shopping in Salt Lake. She took $1.50 from the cream sales with her. It cost $1 for the ride to and from Salt Lake so she had fifty cents with which to shop. 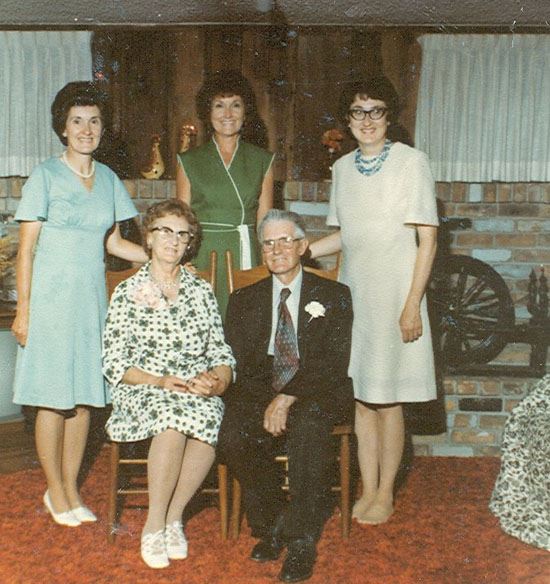 In 1934 the drought was so bad they didn't raise any crops including stock feed, so Boyd asked Chris Barborkos, who lived near Geneva, to take his cows for a year or two and milk them. Boyd would help him on his farm in the summer to help pay for the feed and they made it through the drought.

In 1936 they bought their first car and Boyd got involved in selling cars. He would travel to Detroit, taking some young men from Highland with him, and bring cars back for different dealers or customers. The young men looked forward to going with him when they were old enough. He met prominent dealers in Detroit and made friends along the way - they learned that he was a Latter-day Saint and his credit was good and he could be trusted. One man told him he had heard about the Latter-day Saints and wanted to join the Church. He had talked it over with his wife and they wanted to join and live in polygamy. When Boyd told them it wasn't practiced any more he said he guessed he wouldn't join then.

During WWII it was hard to get cars so he devoted full time to farming, raising potatoes, hay, grain and peas along with pigs and milk cows. His daughters were great helpers, driving teams, loading peas, raking hay and herding cows. He would hire neighborhood kids as young as five and give them a nickel a load to tromp hay for him.

Boyd bought a dump truck and hauled coal from Carbon County to residents and businesses in Utah County - lump coal for residents with coal stoves and slack coal for businesses and residents with furnaces. He provided coal for many residents in Highland and for Miller Theaters in Lehi, AF and Pleasant Grove, among many others. He used the truck for other enterprises as well, including poles for fences. Boyd was an entrepreneur before anybody knew what one was - when he saw a need he stepped in to fill it.

Boyd enjoyed playing the musical saw and was called upon to perform for many ward functions. Any Highland old-timer will have memories of listening to Boyd play. He was a faithful high priest and home teacher. He and Louise served on the Old Folks Committee for many years. 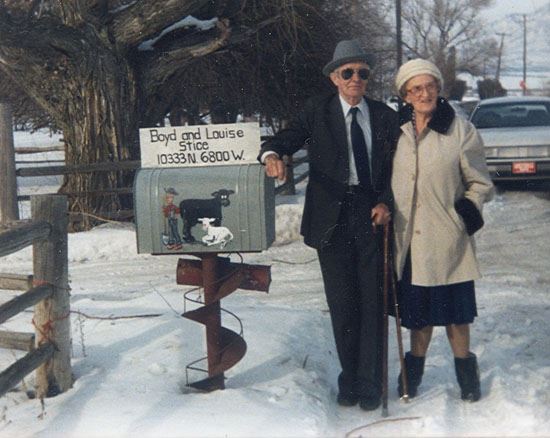 In the late 1940's he began to build them a new home, just north of their old one (Number 5A on the 1958 Highland map). He built it well and with the help of his daughters they finished it in about seven years. In 1972 Boyd had a heart attack, then in 1975 a terrible accident that left him a cripple for life. He passed away November 14, 1989. 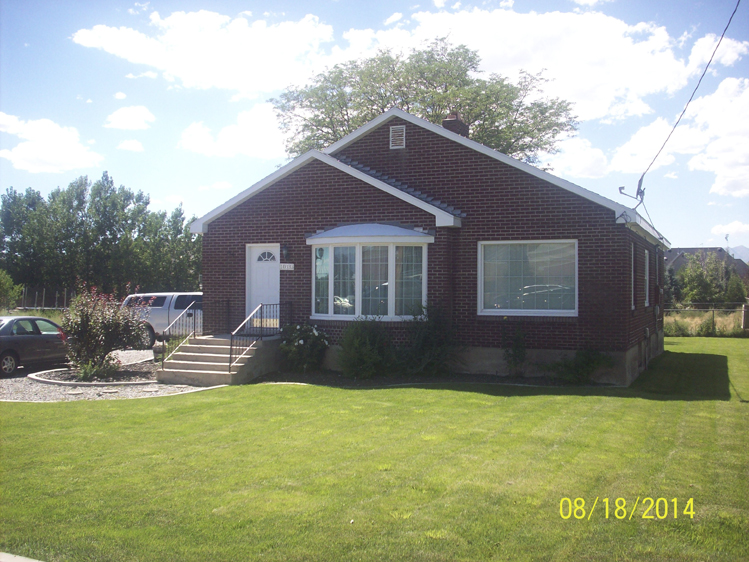 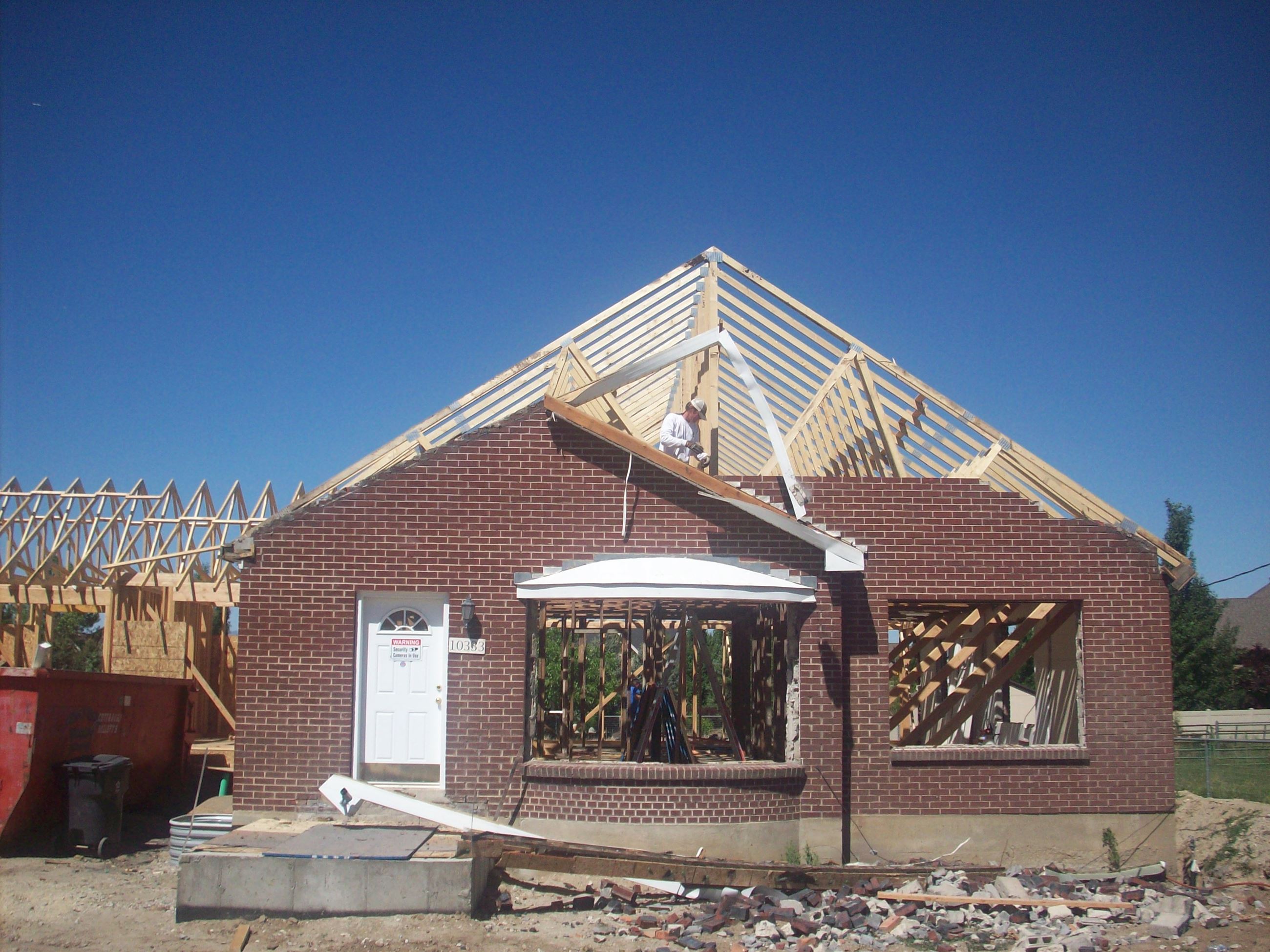 Louise was a member of the Daughters of the Utah Pioneers and in 1990 donated the log cabin they had lived in for so long to The Daughters of the Utah Pioneers and it now sits in Heritage Park in Highland as a monument to the hardships of our forebears. Louise served in many capacities in the Church and was also known for her creativity in ceramics, knitting, crocheting and cake decorating. She died February 27, 2002. They are buried in the Lehi City Cemetery. 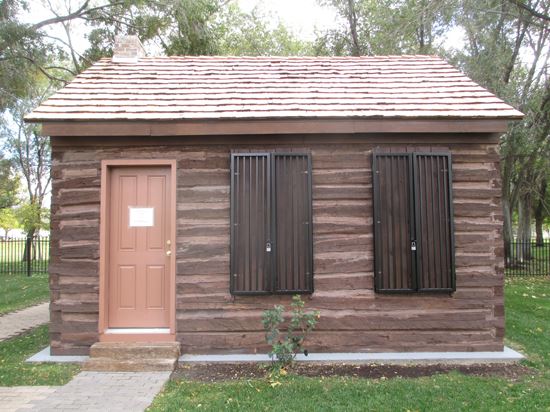 Stice cabin donated to the DUP (moved to Heritage Park)

Rufus was born September 4, 1873, in Eneryy, Schuyler County, Missouri to Phillip and Eliza Ann Humphery Stice. Alice was born August 17, 1877, in Loncaster, Schuyler County Missouri to Franklin Mathias and Rada Isabelle Lunceford Speer. She was a clerk in the Post Office and in a general merchandise store, then became a teacher of school and music. They were married November 12, 1900, in Dunoka, Nebraska. They had six children, all born in Utah: Boyd, Wilma, Earl, Eva, Harold, and Virgil. 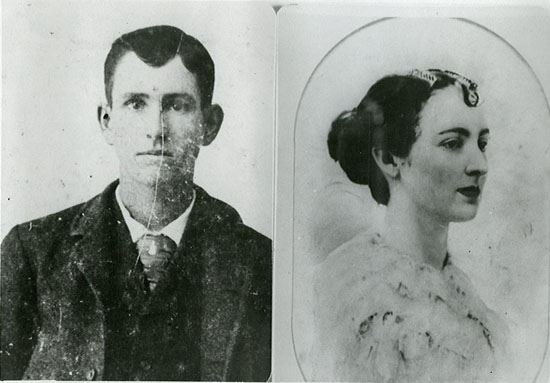 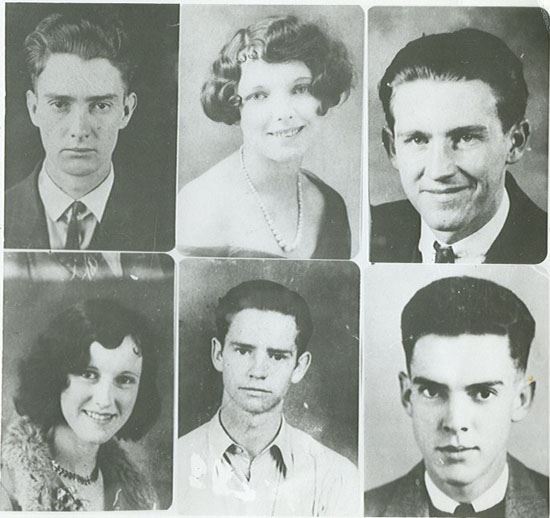 Rufus was a telegraph operator assigned to Granger, Wyoming for one year when they were first married. Then he was transferred to Eureka, Utah then to Clear Lake, Utah (SW of Delta) where he received a promotion to agent for the Union Pacific Railroad. In 1905 he transferred to Lehi where they lived for ten years, then to Warner (Tooele) for three years then was given charge of the American Fork station for the next 23 years until retirement in 1938. Two major changes came into their lives while they lived in Lehi. They converted to the Church of Jesus Christ of Latter-day Saints (they were sealed in the Salt Lake Temple in 1912) and they bought sixty acres of land from the van Steeters in Highland with Alice's brother, Harvey Speer. They didn't live on the land at first (Number 5 on the 1958 Highland map) but rented it out until their oldest son, Boyd, was sixteen and able to handle the farming with some help from a neighbor, Bill Hobbs. They sold thirty acres to Ludvig Larson (Number 4 on the 1958 Highland map).

Alice came from Tooele during the summers with her five children to take care of the farm then return in the winter. In 1915, when the ward was organized she became first counselor to Mary Lee Myers in the Primary organization and canvassed the area to enroll all the children. The Primary met every Friday afternoon in the Highland School.

Rufus was apparently a resident of Highland for short periods. When he died, June 8, 1943, Alice sold the farm to Boyd and moved to Lehi. She died June 6, 1973, in Pleasant Grove. They are buried in the Lehi City Cemetery.