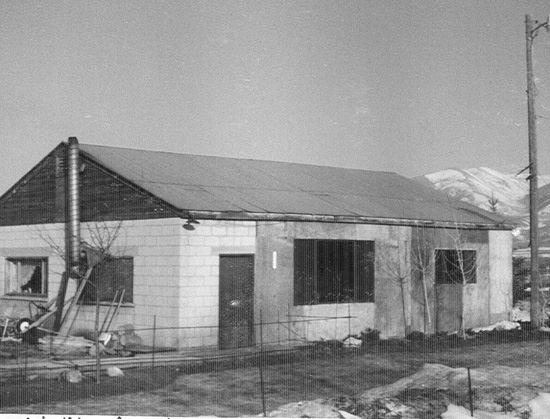 Kazuno was born August 25, 1896 and was married to Kurasuke Shimizu and they lived in Spring Canyon, Utah, where he worked in the coal mines. They had six children: Sam, Utao, Mitsuo (Choke), Yomiko, Wilma (Mekayo) and Betty Jean. Kurasake died in a truck accident on August 15, 1930. Kazuno later married Kenshiro Waki (born March 4, 1882), who had three children from a previous marriage: Mary, George and Smiley (his firstborn, Teruji, died in Japan). His children were mostly older than Kazuno's and they all loved being together in a new, big family on a small farm in Murray, Utah. Together they had two children: Mariko, who was stillborn, and Kemie.

Kenshiro died May 9, 1935, while unloading a plow off of a truck. In the 1940 census, they were living in Murray with the following family members: Kazuno-44 years old, Sam-20, Utao-18, Smiley-18, Mitsuo-16, Yomiko-14, Mekayo (Wilma)-12, Betty Jean-10 and Kemie-5. The WWII draft records show Sam living in American Fork in 1941 and Utao living in Spring Canyon in 1942. They moved to Highland in 1942 (Number 16 on the 1958 Highland map) and lived here until 1952 or later. They lived in a house built by a pioneer builder made of adobe walls covered with wood planks and an attached cellar and an outdoor toilet.

Living in Highland, the girls participated in many Church activities, including Gold and Green Balls. Mary, the oldest, was born in 1913 and at this date, 2021, is still living. She married Charlie Kawakami and first lived in Spring Canyon then moved to American Fork where she spent many years in a shop at the west end of Main Street, operating a beauty school and salon. There is now a street named for her. Yomiko married Mr. Kotoku, Wilma married Mr. Kimura, Betty Jean married Kaz Mayeda and lives in Las Vegas. 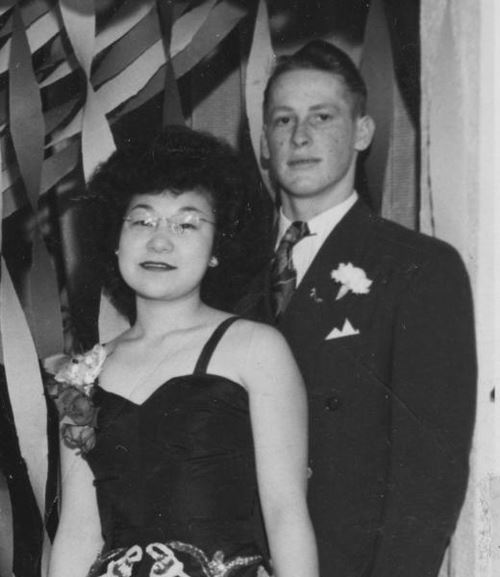 Kemie married Sam Oda and lives in Kent, Washington and provided much of the information herein. Kazuno died in October, 1971.

Sam was born February 15, 1920 in Salt Lake City, Utah to Kurusake Shoriujino and Kajuno Kuwahara. Ternko was born January 18, 1924, in North Platte, Nebraska to Kunikijo Nabeta and Kin Ikenajo. Suzie had a child, Jimmy, from a previous marriage and she and Sam had another child, Victor.

They lived in Number 16 with his parents and he was a very successful farmer with acreage at the Utah Lake bottoms, south of American Fork, where he raised truck garden crops - celery, onions and pole beans. He hired boys from the ward to work for him (Ed. note: including myself and Sanford Buhler). Sam and his brother, Utao, designed and built an ingenious machine to extract the bean poles from the ground after the harvest. Sam gave up the farm and moved to California where he worked for McDonald Douglas until he retired about 1980. He died November 4, 2003, in Anaheim, California and is buried in Santa Ana.