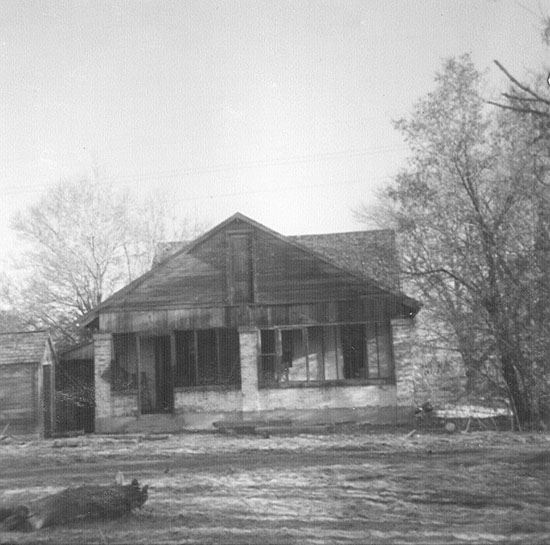 George was born November 16, 1856, in Provo, Utah Territory to Alva and Susan Roberts Zabriskie. His father, who had fought in the Black Hawk War, died of pneumonia at the age of thirty-five, leaving his mother with three small boys to support. This she did by taking in washing, cleaning house or anything she could find. Much kindness was shown her, not only by church members but by other neighbors as well, including Benjamin Bauchman, who brought her flour and potatoes. They suffered a great deal for food and clothing in their early years and when the boys were able to care for themselves they lived away from home. George lived with Andrew Stewart, then with Bishop Tanner on a farm in Pleasant Grove where he went to school at the University of Timpanogos, where the principle leaders were Narrow and Dusenberry. He later became a school teacher and taught for several years at Milburn, Sanpete County, Utah. He was ordained an Elder by Erastus R. Snow in 1872.

Anna was born November 6, 1865, in Richfield, Utah Territory to Peter Christian and Kjersten Jensen. George and Anna were married in April 1882, by a justice of the peace and were sealed in the Manti Temple in 1889. When their first child was born Anna became very ill with child bed fever. After some weeks the doctor said he could do nothing more. George's mother suggested they call in the elders for a blessing. One of those elders put his arm around George and said "George, why don't you take hold of the work of the Lord, you could do so much good." He had always been prayerful and had faith in God but had been inactive in the Church. He left the room and prayed for his wife and promised God that if he would heal her he would spend his entire live serving Him and working for the advancement of His work and that he would do all in his power to keep the promise. Anna was healed and they had twelve children: George Alva, Mary Christena, Susan Cecelia, Maude, John Peter, Sythia Mabel, Claudius Marcellus, Arvilla Serena, Albert Morley, Olive, Zella Monetah, and Coral Ruby. He kept his promise and worked with the younger generation quite a bit.

In 1888 he managed the Milburn co-op store and in 1891 he engaged in saw milling. He was active in civic affairs and held many positions. He accumulated wealth but lost it in the panic at the turn of the century. They moved to Fairview in 1898 and owned a mercantile, a sawmill and a farm. In 1904 they moved to Vineyard where they owned a fruit farm. In 1914 they moved to Highland (Number 21 on the 1958 Highland map - 10965 N 6400 W). 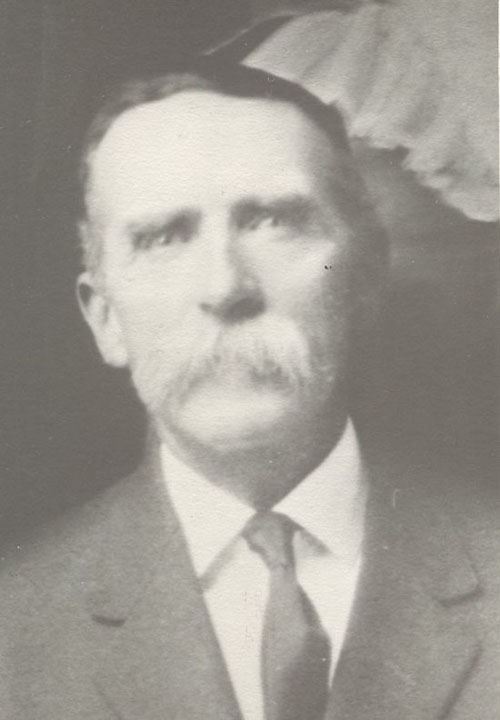 In July of 1915, a special meeting was called for the Church members of Highland (there were about one hundred seventy-five or so residents at that time). Stephen L. Chipman, Alpine Stake President, his counselors James H. Clark and Abel John Evans and Bishop John R. Hinckley of the American Fork 3rd Ward organized the Highland Ward with members from the 3rd Ward and Alpine (and a few from Lehi). Slips of paper were passed around for the membership to write the names of three brethren they would like for a bishopric. George Albert Zabriskie was chosen as bishop, Orville Cox Day as 1st counselor and Stephen F. Beck as 2nd counselor with Archie R Taylor as ward clerk. These brethren were ordained and set apart on Sunday, August 1, 1915, by Apostle Francis M Lyman. (August 1 has been noted [and celebrated] ever since as the beginning of the Highland ward.)

George had served as a counselor in a bishopric prior to his move to Highland and made a very fine bishop. He was almost sixty years old and the people loved him as a father. He was a student, a great reader, a deep thinker and had a wonderful memory.

In 1920, after five years as bishop, he and his family moved to American Fork to make their home. On July 11 of that year he was released and Wayne Chipman Booth was ordained as the second bishop of Highland. George also served in many other capacities in the church: Sunday School Superintendent, ward clerk, Sunday School teacher and MIA teacher.

George and Anna died three weeks apart, Anna on October 23 and George on November 13, 1930, and they are buried in the Provo City Cemetery.