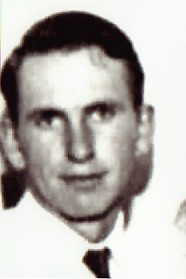 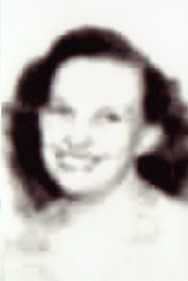 Grant was born December 30, 1923, in Richfield, Utah, to Milo Lamar and Nettie Curtis Busk, the fourth of their five children. His younger sister, Marie, married Merlin Larson (q.v.). When he was three years old his father drowned in a fishing accident at Fish Lake, Utah. About five years later his mother married Charles Albert Warenski (q.v.). As a teenager he didn't get along with his step-father so went to live with his Curtis grandparents in Salt Lake City. He attended Richfield Elementary, Horace Mann Jr. High and American Fork High School. He was always inventing things and making useful things out of "junk". A couple of weeks after he turned seventeen he joined the Army and served from January 18, 1941, to May 5, 1944. He was an Auto-Rifleman and qualified as a sharpshooter.

While participating in the Casablanca - Fedala Campaign on June 19, 1943, he was severely wounded when a bazooka he was preparing to fire exploded in his hands, filling his body with shrapnel and taking his left arm just below the elbow. The accident was so serious that some of those who attended him didn't expect him to survive. He spent the rest of his service time in hospitals, first in the East, then in Bushnell General in Brigham City, Utah. He received the European-African-Middle-Eastern Theatre of War Ribbon and the American Defense Ribbon. He was fitted with a hook on his left arm and he liked using it to terrorize us young kids that came around. 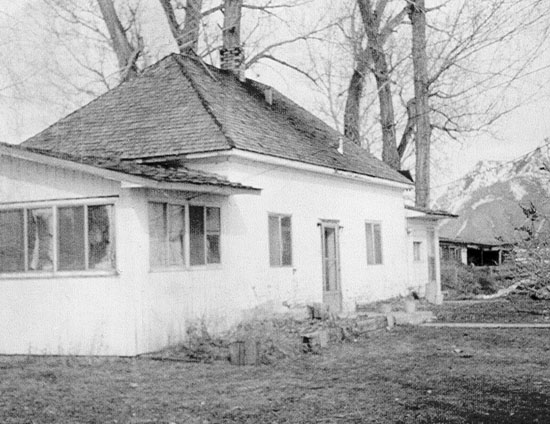 Upon his release he lived with his folks ( Warenski's q.v.) for a short while (Number 89 on the 1958 Highland map) then married Virginia, sister to Merlin Larson, on June 12, 1944, in the Salt Lake Temple. They purchased the Charles T. Greenland home (Number 3 on the 1958 Highland map) and had four children. He was trained as a welder and was also skilled at carpentry, cement block making, truck driving, and farming and his garage always seemed to have a lot of projects in progress. He enjoyed hunting, fishing, horses and roses. About 1952 they sold the farm to Erwin Hyde and moved to Payson and there, on September 14, 1953, Virginia died unexpectedly. Their children were aged eight down to three years old.

Grant's life would never be the same. He married twice more - Delores Wilkinson and Ruby Dolores Taylor - but both marriages ended in divorce. The rest of his life was quite unhappy and he died December 16, 1997, in Salt Lake City. He and Virginia are buried in the American Fork City Cemetery. [Find a Grave] [Names in Stone] After his funeral a great-grandson asked, "If Papa is in Heaven, does he have his hand back?" His grandmother told him, "Yes, Papa has his hand back and his body and mind are free from pain and illness. He is with many people who love him."